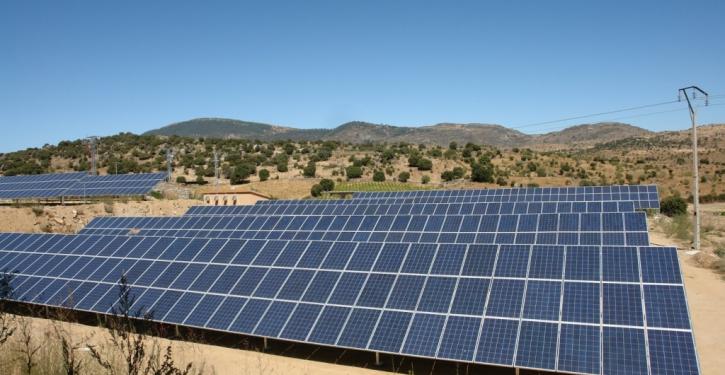 In Spain, the potential for green electricity is high, and hydrogen can be produced comparatively cheaply. (Image: Isofoton)
Berlin (energate) - Green hydrogen from abroad could be competitive with that produced in this country from 2030. This is at least true for supplies from certain countries, as a recent study by the consulting firm Aurora Energy Research shows. Spain is at the forefront, but so is Morocco. According to the study, countries such as Australia, Chile or the United Arab Emirates (UAE) are also possible suppliers of green hydrogen to Germany. They all have a high green power potential and can thus produce hydrogen at very low costs.


According to Aurora, the production costs per kilogram of green hydrogen in 2030 are 3.10 euros in Australia, Chile and Spain, 3.20 euros in Morocco and 3.60 euros in the UAE. For green hydrogen produced in Germany, on the other hand, the energy market analysts have determined production costs of between 3.90 and 5.00 euros per kilogram. Despite additional costs for transport and, if necessary, conversion, imported hydrogen would thus be competitive in Germany, the study concludes.

The cheapest way to transport hydrogen would be via a pipeline, which would in principle be possible from Spain and Morocco. In this case, Spanish hydrogen would cost 3.46 euros per kilogram. "Against this background, the just decided extension of the planned pipeline 'H2Med' between Barcelona and Marseille to Germany is a significant step", commented Hanns Koenig, managing director Central Europe at Aurora Energy Research. In his opinion, it would be ideal if Morocco were also connected to a European hydrogen grid as soon as possible. Because then the hydrogen delivered from there, at 3.72 euros per kilogram, would also be significantly cheaper than production in Germany.


Transport by ship, on the other hand, would be at least 20 per cent more expensive. Liquefied hydrogen from Spain, for example, would cost 4.35 euros and from Morocco 4.58 euros per kilogram. If transported by liquid organic hydrogen carrier (LOHC) or in the form of ammonia, the price from Spain would be around 4.57 euros per kilogramme and from Morocco around 4.70 euros, including the costs for conversion back into gaseous hydrogen. Since imports from Australia and Chile are generally only eligible for transport by ship, these countries would only achieve competitiveness if the hydrogen were transported as ammonia. Then the costs would be 4.84 and 4.86 euros per kilogram respectively.


In the case of hydrogen from the UAE, the cheapest transport would also be in the form of ammonia. At 5.36 euros per kilogramme, this would not be competitive compared to domestic production, according to Aurora. Germany has already signed a concrete contract with the Emirates for the supply of hydrogen. A first shipment of hydrogen converted into ammonia from the United Arab Emirates arrived in the port of Hamburg in October (energate reported).