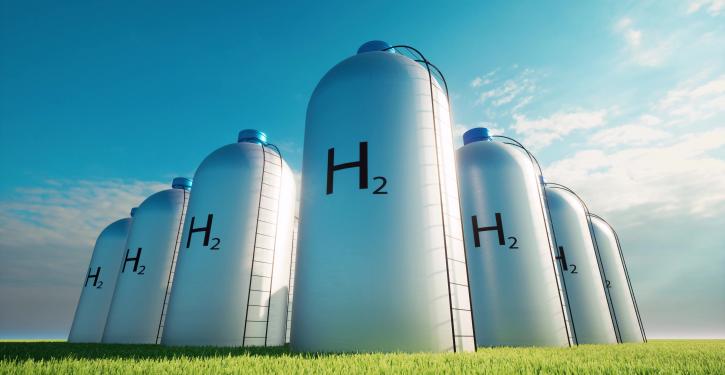 RWE receives EU funding for a project to produce H2 from waste. (Image: Envato Elements/Zozulinskyi)
Essen (energate) - RWE wants to produce green hydrogen from waste in the Netherlands. The EU Innovation Fund has now granted 108 million euros in funding for the project called 'FUREC', the company announced. Roger Miesen, CEO of RWE generation, accepted the grant in Brussels. This is more than one sixth of the total costs, which the company estimates at 600 million euros. With the subsidy behind it, RWE now wants to press ahead with the project development at full speed and, for example, obtain the necessary permits and approvals. The final investment decision will not be made until 2024.

The plan is to build two plants that will first process non-recyclable municipal waste, such as textiles and paper, into pellets and then turn these into green hydrogen. According to RWE, the input will be about 700,000 tonnes of waste per year, the output about 54,000 tonnes of hydrogen. The hydrogen will be used either locally in the Dutch industrial park Chemelot or transported to industrial companies in Rotterdam and the Ruhr area. The necessary grid connections to the hydrogen and CO2 infrastructure are being prepared within the framework of 'FUREC'. The company announced the project as early as 2020, and RWE has built a pilot plant at the Niederaussem site. /dz