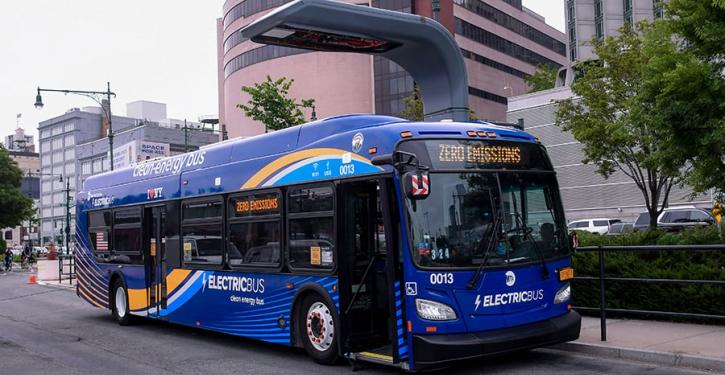 German software should make charging New York's e-buses more efficient. (Image: The Mobility House)
Munich/New York City (energate) - The US metropolis of New York City wants to charge its electric buses intelligently in public transport. To this end, it is now using software from the Munich-based charging service provider The Mobility House, as the latter has now declared. The goal is to optimise the charging processes, maximise the operating time of the vehicles and minimise the electricity costs. The client is the New York City Transit Authority, operator of the city's public transport system. The 'ChargePilot' software could help the transit authority save nearly half a million US dollars (the equivalent of more than 462,000 euros) in costs per year and per operating station. This was shown by a feasibility study. For this purpose, Charge Pilot coordinates the tariff structures of the local energy suppliers with the routes and rotations of the electric buses.

Another project is about bidirectional charging, this time with New York City School Bus Umbrella Services (NYCSBUS). Here, too, the charging processes are to be adapted to the circulations as well as the electricity prices. In addition, energy that is not needed for driving is to be fed from the e-bus batteries into the power grid with the intention of generating revenue. The Mobility House estimates that this will save NYCSBUS between US$70,000 and US$160,000 (around €65,000 to €148,000) in costs annually. By the end of 2022, the German company has been able to secure around 50 million euros from investors, among others, for further expansion. /dz