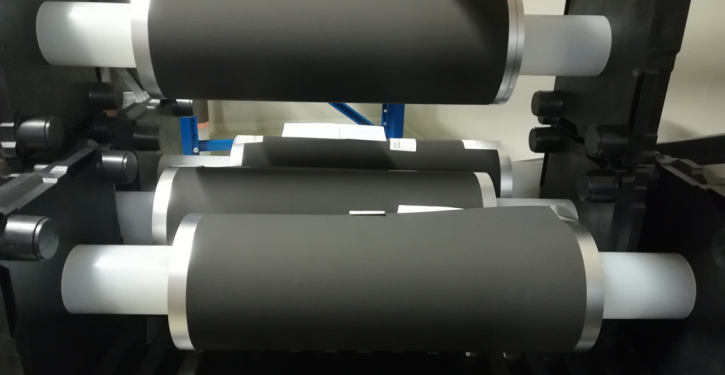 At Leclanché, cell production does not require any organic solvents. (Image: Leclanché SA)
Yverdon (energate) - The Swiss storage manufacturer Leclanché reports an dvance in the environmentally friendly production of lithium-ion batteries. The newly developed G/NMCA cells have a 20 per cent higher energy density and get by with a significantly lower proportion of cobalt​. This is rare and therefore expensive, a company spokesperson explained in an interview with energate. Leclanché replaces it for the most part with 'mass-produced' nickel. The newly developed cell now has a nickel content of around 90 per cent. On the one hand, this increases the energy density, and on the other, it reduces the proportion of cobalt from 20 to 5 per cent. The new G/NMCA cells are expected to be available on the market in 2024.

In addition to the lower cobalt content, the new cells have other advantages. They offer a longer service life, high cycle stability and good chargeability. Their properties make them particularly suitable for electric cars and heavy-duty applications such as ships, buses and trucks. The 'G' in G/NMCA stands for the graphite used as the anode, NMCA for nickel-manganese-cobalt-aluminium oxide, which is used as the cathode.


Since 2009, Leclanché has not used organic solvents in the production of NMCA cathodes. These are considered dangerous for human health as well as for the environment and are explosive. Instead, the company relies on a water-based process. "With the water-based production of the high-capacity NMCA cathodes, we have reached a decisive milestone in lithium-ion technology," said Hilmi Buqa, vice president of research and development at Leclanché. The company is based in Switzerland, where the assembly of the batteries also takes place. Cell production, on the other hand, takes place in Willstätt, Baden-Württemberg. /sd/yb