Despite hurdles: NRW in second place for approved wind turbines 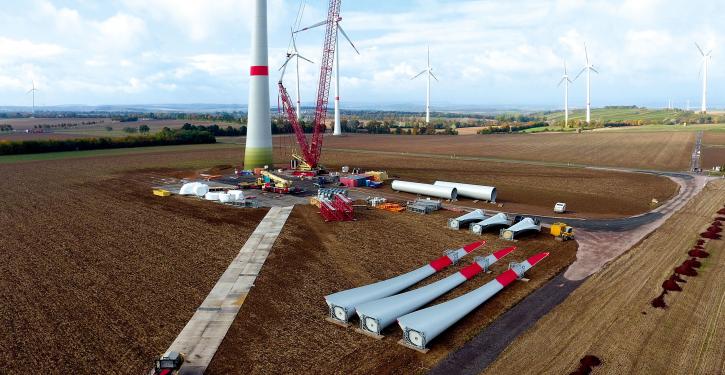 In NRW, wind turbines with a capacity of 421 MW were connected to the grid in 2022. (Image: GAIA mbH, Lambsheim)
Düsseldorf (energate) - North Rhine-Westphalia (NRW) ranks second behind Lower Saxony in terms of the number of new wind turbines approved last year, with a volume of 865 MW. This is shown by figures from the NRW Renewable Energies Association (LEE NRW). In terms of gross new construction, NRW ranked fourth after Schleswig-Holstein (544 MW), Lower Saxony (458 MW) and Brandenburg (428 MW). The association refers to figures from FA Wind.

Nevertheless, the LEE NRW is dissatisfied with the expansion of wind energy in NRW. According to these figures, 98 wind turbines with a capacity of 421 MW went into operation in 2022. Despite the increase compared to the two previous years, the expansion remains clearly behind the state government's targets for climate protection and renewable energies. Since older plants were also dismantled in the past twelve months, the net increase was only 392 MW. "This is well below the 1,000 MW mark that is necessary if the state government wants to achieve its own climate protection and renewable energy expansion targets," Christian Mildenberger, managing director of LEE NRW, commented on the figures. According to the will of the black-green state government, 1,000 wind turbines are to be connected to the grid in NRW in the next five years (energate reported).

The LEE NRW also criticised the federal government So far there has been no sign of the announced acceleration at federal and state level (LINK). As a rule, the construction of a wind turbine takes seven years, from the initial planning to the approval procedure to the construction.


Meanwhile, the Hanover-based energy supplier Enercity is building a new wind farm in NRW. It is being built east of Osnabrück in the district of Minden-Lübbecke ('Mühlenkreis'). The wind farm is to have a capacity of 45 MW. Ten Nordex N-149 turbines, each with a capacity of 4.5 MW, will be part of the wind farm, which is scheduled to go into operation in autumn 2023. /df