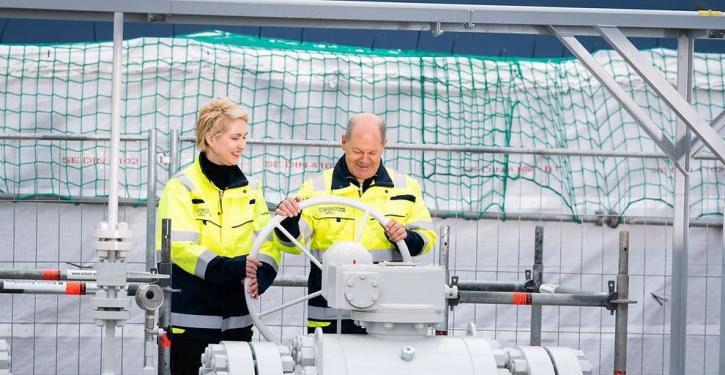 Germany's Chancellor Olaf Scholz (right) and Mecklenburg-Western Pomerania's state minister-president Manuela Schwesig (left) at the commissioning in Lubmin. (Image: Bundesregierung/Kugler)
Lubmin (energate) - The operator Deutsche Regas has officially commissioned the Lubmin LNG terminal 'Deutsche Ostsee'. During the opening ceremony on 14 January, the company received the immission control permit for the floating facility for the storage and regasification of liquefied natural gas (FSRU). Since 10 January, the FSRU terminal has already been producing the first gas volumes, which are fed into Gascade's transmission network, Regas announced.