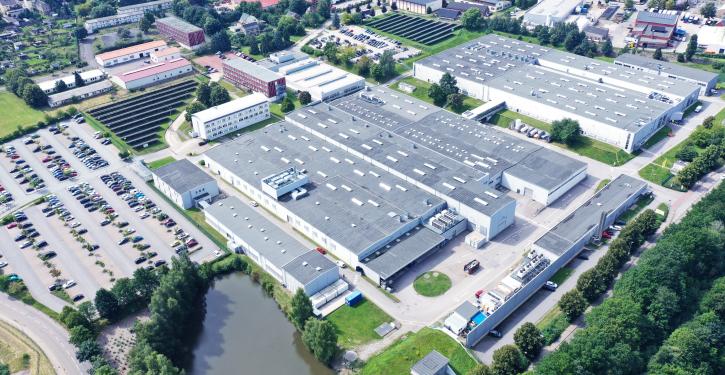 Components for electrolysers are now also manufactured in Limbach-Oberfrohna. (Image: Vitesco Technologies GmbH)
Dresden/Limbach-Oberfrohna (energate) - The electrolysis company Sunfire will work together with the automotive supplier Vitesco Technologies in the future. The strategic partnership will enable Sunfire to start series production of its alkaline electrolysers as early as this year, the company announced. In order to produce its electrolysis technologies on an industrial scale, Sunfire is thus using the potential of an established industrial company. In Limbach-Oberfrohna, Vitesco is converting a quarter of its capacities for this purpose. Construction of the assembly line is scheduled to start in the first quarter of 2023.


Up to now, Vitesco has mainly manufactured diesel injectors near Chemnitz. Brakes for the GDR cult car Trabant have also been produced here. "Interestingly, for the production of electrolysers we need very similar competences as the automotive industry," stated Sunfire boss Nils Aldag. In the course of the transformation of traditional industries, the rapidly growing hydrogen sector offers new perspectives.

Meanwhile, Sunfire said it is continuing to expand its capacities for the production of alkali electrolyzers. One core process, the metallic coating of the cells, is being implemented at Sunfire's own site in Solingen. A new electroplating line will be opened there in a few weeks, and another is already under construction. This will enable Sunfire to produce alkaline electrolysers with a total capacity of 500 MW annually in 2023, the company commented. The expansion to gigawatt scale is being planned. /ck