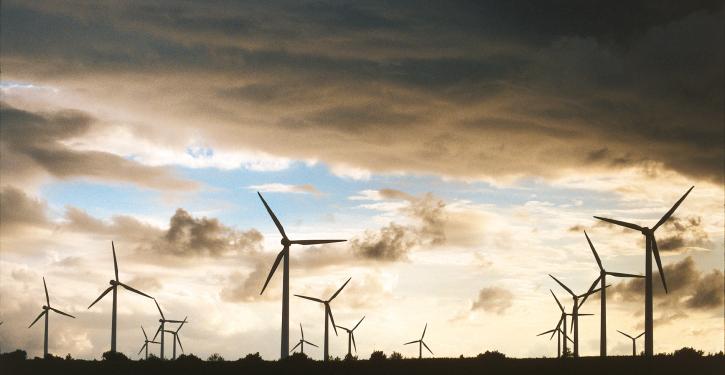 A more decentralised structure of the energy system with PV and wind power reduces dependence on large-scale plants. (Image: Energiekontor)
Berlin (energate) - The risk of so-called blackouts was already present on a similar scale before the energy crisis and was merely given less attention. This is the conclusion of an impulse paper of the project 'Energy Systems of the Future' (Esys) of the Academies of Science Acatech, Leopoldina and the Union of Academies. Nevertheless, the authors write, it is important to observe any blackout risks well and to take appropriate precautions. Above all, the interplay of decentralisation and digitalisation must be taken into account. If done correctly, this could even increase the resilience of the system. For example through the possibility of islanding and thus reduce the risk of blackouts.

The experts emphasise that Germany has one of the safest electrical energy systems in the world. In 2021, the average outage time in Germany was just 12 minutes and 45 seconds. Nevertheless, there are currently fears of a blackout, which are partly fuelled by the media and politics (energate reported). This makes it all the more important to classify the "ambiguous term blackout", wrote the authors of the paper. A blackout is a major power failure with massive restrictions, in which the grid operators temporarily lose control over the grid.


The paper goes on to say that there are new blackout risks, for example due to cyber attacks. In addition, artificial intelligence is increasingly being used to control systems and devices. The algorithms could induce undesirable behaviour patterns. Many developments in the area of digitalisation and the transformation of the energy system are also still uncertain. This makes it difficult to build a future-proof electrical energy system.

In order to keep the risks as low as possible, the scientists suggest using small generation plants, storage facilities and flexible consumers to specifically increase the security of supply. Cybersecurity standards should also be ensured for actors outside the traditional power supply. For example, for prosumers, device manufacturers and platform operators. In addition, the public must be involved and risks must be communicated in a transparent and fact-based manner. Furthermore, Germany should develop a resilience strategy and evaluate it regularly. The scientists hope that the current attention for the topic will move politicians to quickly implement effective measures. /ck