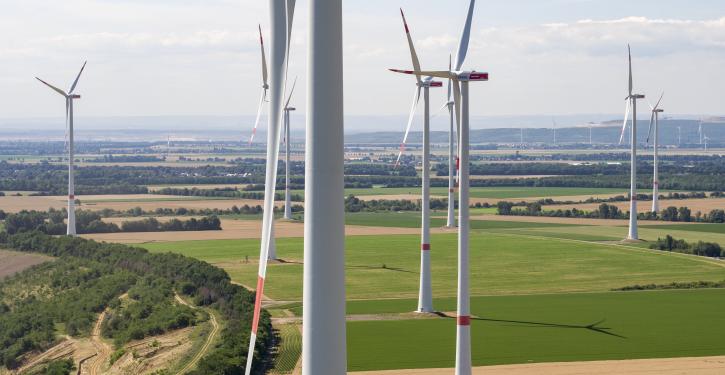 Windeurope: Even 15,000 MW of wind power additions across Europe in 2022 are not enough to reach EU targets. (Image: RWE)
Brussels (energate) - Last year, wind power capacities in the European Union grew by around 15,000 MW. Despite a difficult environment, a third more new wind power capacity was connected to the grid in 2022 than in 2021, according to the EU wind energy association Windeurope. Germany, Sweden and Finland are in the lead in terms of newly installed capacities, followed by Spain and France. Ninety per cent of the installed 15,000 MW are accounted for by onshore wind turbines. The repowering quota was negligibly low - most of the turbines were thus new and particularly efficient, according to Windeurope.

In the association's view, 15,000 MW per year are by far not enough to implement the EU's declared renewable energy targets by 2030. By then, Europe should have a total capacity of 510,000 MW of wind power plants (energate reported). According to Windeurope, new capacities of 39,000 MW per year are needed to achieve this.

Windeurope says that to increase the pace of expansion, Europe must continue to simplify approval procedures and invest heavily in its wind energy supply chain. However, the combination of "inflation and unhelpful government intervention in electricity markets" is undermining investment in new wind farms.


"The EU needs to make Europe an attractive place to invest in renewables again," demads Giles Dickson, CEO of Windeurope. During the crisis last year, he said, EU member states had been given freedom to impose their own national authorisation rules, but in the end, this confusion scared off investors.

Instead, money flowed to the USA, Australia and elsewhere. The EU is not attractive to large investors in renewable energy at the moment, he said. "This is particularly frustrating because demand for wind energy from industrial consumers in Europe is at an all-time high," Dickson said. But the upcoming reform of EU electricity markets could provide more clarity and incentives for investors. /am