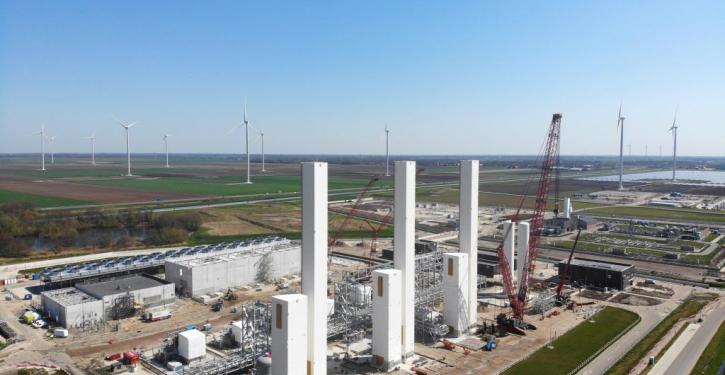 From Ballast Nedam's point of view, there is no reason for termination and they say that the termination was unlawful. The company still wants to contribute to the completion of the plant. The subcontractor also criticises Air Products for violating the contractually agreed procedure in cases of dispute. About 30 companies are involved in the construction of the plant on behalf of Air Products, which is 97 per cent complete, according to the parties involved.

Delays in the construction of the plant were solely due to Air Products' mismanagement, Ballas Nedam says. "Let's finish the project, because we are almost there, and then we can discuss any disagreements," said Olav Padberg, board member of the construction company.


"No impact on Groningen promotion"


The Zuidbroek 2 nitrogen plant is an important element in the Dutch government's exit from natural gas production in Groningen. Originally, it was supposed to start operation in April 2022. Due to the corona pandemic, this initially had to be postponed to the beginning of July. According to Dutch press reports, this resulted in disagreements between Air Products and Ballast Nedam because, among other things, additional staff was needed and the wrong materials were delivered. In the meantime, the completion date has been postponed to February 2023. The costs for the construction of the plant, estimated at 500 million euros, are thus likely to increase significantly.

According to Gasunie, however, the latest delays have no consequences for Groningen production. The situation would be able to be compensated by LNG imports and lower gas consumption. Air Products has promised to present a concept by mid-January on how the work can be completed. /tc