"Very complex sets of rules were created with the price brakes" 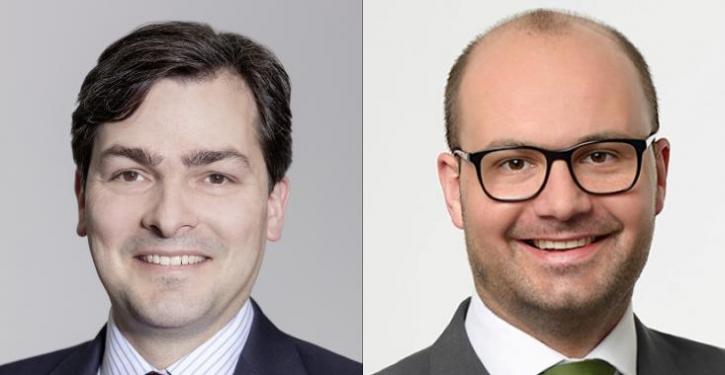 Maximilian Uibeleisen and Simon Groneberg of Ashurt LLP wrote in the guest comment which effects and consequences for the application of the law are to be expected. (Image: Ashurst LLP)
Frankfurt/Main (energate) - The energy price brakes and the skimming of revenues in the electricity market have led to controversial discussions in the energy industry. In some cases, the regulations go beyond European requirements, and there are constitutional concerns. Elsewhere, the Ministry of Economics has responded to the criticism and made improvements.

With the energy price brakes and the skimming of surplus revenues, the legislator has created comprehensive and in part very complex regulations. First of all, it must be acknowledged that the Ministry of Economics has created a detailed regulation in a short period of time, which in many points shows an effort to achieve a balanced design. At the same time, the German regulation goes beyond the requirements of European law. This is most obvious in the case of the excess revenue levy, where technology-specific revenue ceilings (staircase approach) were introduced instead of the maximum limit of 180 €/MWh under European law.

Here, questions also arise in detail with regard to the constitutional principle of equality, since, for example, in the case of renewable plants that market their electricity via PPAs, the guaranteed contract price is used to calculate the surplus revenue. Thus, at least not in every case, 'surplus revenues' are actually skimmed off due to the electricity market design. Plant operators in subsidised or other direct marketing, on the other hand, are allowed to keep the value guaranteed to them plus a more or less arbitrary 'safety margin'.


The original draft bill contained some forward-looking amendments to other laws. Among other things, a legal obligation for landowners to tolerate the laying of grid connection lines for renewable energy systems similar to that in the area of fibre optic expansion should be emphasised. This innovative regulation, which would have led to a significant acceleration of project developments, was unfortunately removed from the law.

With regard to the energy price brakes and the revenue levy, the legislator has responded to the criticism, which was massive. This concerns, for example, the constitutionally impermissible retroactive effect of the levy, which was finally changed to 1 December 2022. The adjustments with regard to PPA marketing for new investments with a value to be invested (8 cents instead of the value to be invested) also show that the legislator wanted to minimise the danger of a collapsing PPA market, at least in part.


The regulations on energy price brakes for companies reflect the EU state aid rules (TCF) and are thus very technical. On the part of the companies, these innovations entail considerable challenges.This concerns, for example, the complex interactions of the various price brakes, the handling of the absolute and relative ceilings or the bans on bonuses and dividends and, last but not least, the numerous procedural requirements to be observed.

On the part of the plant operators affected by the excess revenue levy, questions arise in particular about how to deal with the revenue levy and a possibly necessary adjustment of their marketing strategy. For new plants that should actually be marketed via PPAs, subsidised direct marketing or spot market marketing could temporarily become more attractive again in individual cases.


Lawsuits are to be expected


The adopted laws will have to prove themselves in practice. Initial statements suggest that not all market participants are satisfied with the chosen regulations, so that lawsuits are to be expected.
In practical terms, it is of particular importance to obtain clarity on the exact duration of the measures as quickly as possible in order to avoid further barriers to investment with a view to the urgent expansion of renewable energies and the energy transition. Especially among foreign investors, who have so far appreciated the reliable regulatory framework in Germany, the complex design of the revenue levy has already led to initial reluctance.