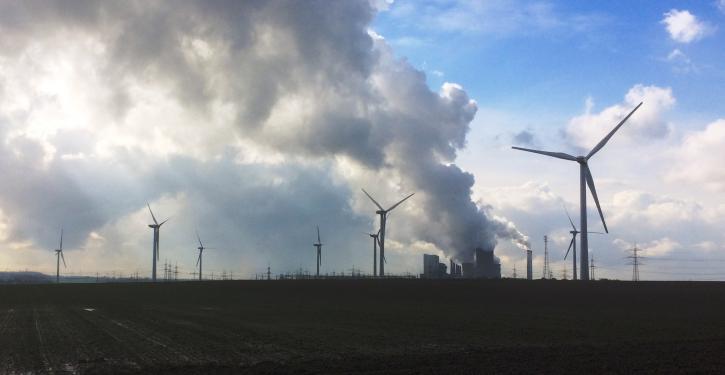 The energy industry does not expect any problems with security of supply in 2023. (Image: energate/Bathke)
Berlin/Essen (energate) - The energy industry is predominantly positive about the year 2023, according to an energate survey of around a dozen energy and industry associations. According to the survey, the vast majority considers supply bottlenecks or large-scale blackouts unlikely.

Despite the upheavals since the start of Russia's attack on Ukraine, the energy industry is confident. When asked about the mood (positive/negative or neutral) with which the associations look to the new year 2023, the majority of assessments in an energate survey were positive. "After the crisis year of 2022, we are generally more optimistic about the coming 12 months, despite unchanged major challenges," stated the Association of Municipal Companies (VKU). The German Renewable Energy Federation (BEE) and the German New Energy Economy Association (BNE) express similar views. The sector associations Bundesverband Solarwirtschaft (BSW Solar), Bundesverband der Windparkbetreiber Offshore (BWO), Biogasrat and Bundesverband Wärmepumpe (BWP) are also positive about 2023.


The responses from industry are somewhat more reserved. The German Electrical and Electronic Manufacturers' Association (ZVEI) is "cautiously" optimistic about 2023. The mood is brightening, but is still just in the negative range, it says with reference to internal analyses. The energy efficiency association Deneff continues to see high investment uncertainties, for example due to a lack of legislation. The German Steel Federation emphasises that the year 2023 remains challenging "in view of the economic situation, the energy crisis and the transformation".

The Association of the Industrial Energy and Power Industry (VIK) is much more sceptical. Managing director Christian Seyfert sees predominantly 'negative omens' with a view to 2023. He points to the fragile security of supply for electricity and gas and the "unsatisfactory energy prices, which are putting considerable pressure on energy-intensive industries in particular".


In the survey, the associations could also comment on whether they expect bottlenecks in the energy supply or blackouts in 2023. Here the tenor was clear. None of the respondents expects large-scale power or gas supply failures. "A blackout is currently very unlikely," commented Kerstin Andreae, chairwoman of the BDEW executive board. At most, regional and temporary interruptions are possible. The VKU described a scenario of nationwide power cuts as completely unrealistic and as scaremongering. The Federal Association of Natural Gas, Petroleum and Geoenergy also does not expect bottlenecks or outages. The VIK stated that although the positive signs currently predominate, the situation could "deteriorate just as quickly".


When asked about energy policy projects that the Federal Government should definitely tackle in 2023, almost all associations surveyed named the accelerated expansion of renewable energies as a top priority. The BEE stressed that the federal government must loosen the shackles on the provision of land and on planning and approval procedures. The BDEW called for a "successful attitude down to every office".

In addition, the individual sectors named issues specific to them. BSW Solar, for example, better investment conditions for commercial PV and solar thermal energy and less bureaucracy. The wind association BWO calls for a course to be set so that the expansion of offshore wind power can take place. "For example, there must be enough installation ships and ports with sufficient capacity available," commented managing director Stefan Thimm.


The heat transition is also on the agenda for 2023 for many respondents. From the BWP's point of view, there needs to be a quick legal anchoring of the 65 per cent renewables target for new heating systems. The Biogas Council would like to see the "simplification and harmonisation of licensing requirements" for a faster realisation of biogas and biomethane projects. The Deneff hopes for a quick adoption of the Energy Efficiency Act so that the "market ramp-up in energy-saving solutions and waste heat utilisation" can succeed.


There are many calls for better framework conditions for investments in back-up capacities such as gas-fired power plants. "The planned phase-out of nuclear power and the end of coal-fired power generation make a considerable increase in back-up capacity necessary," said the VKU, for example. The Federal Ministry of Economics wants to set up a dialogue platform this year to develop proposals for reforming the electricity market design (energate reported). From the point of view of the ESD, the focus must be on flexibilisation as a "decisive pillar of the future electricity supply".


The steel industry points to the need for green electricity and green hydrogen for the transformation of production processes. This requires the rapid development and expansion of domestic generation capacities as well as import possibilities, according to the WV Stahl. The VIK demands clear framework conditions for the use of technologies for the utilisation and storage of CO2 from industrial processes. The Federal Government had announced steps in this direction at the end of 2022 (energate reported). /kw