Day-ahead prices more than doubled in 2022 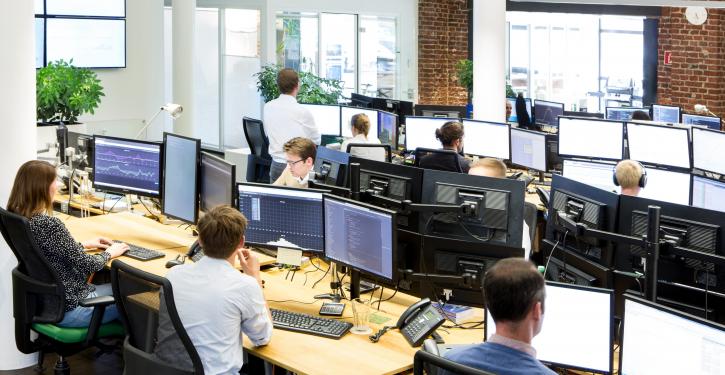 Electricity trading was characterised by significant price increases last year - also in the spot market. (Image: Next Kraftwerke)
Bonn (energate) - The year 2022 was marked by unprecedented increases in energy prices. Electricity prices on the spot market also more than doubled in the past year compared to the previous year. This is shown by figures from the Federal Network Agency's electricity market data platform Smard, which the agency has now published. According to these, the average day-ahead price last year was 235.45 euros/MWh. Compared to the previous year, this corresponds to an increase of 143 per cent. In the course of the year, there was an overall "development towards higher wholesale prices", the Federal Network Agency (Bundesnetzagentur) explained in a statement. The main reason for this was the gas supply crisis as a result of the Russian attack on Ukraine.


The number of negative electricity prices is decreasing


The overall higher price level also led to a decrease in the number of phases with negative electricity prices in short-term trading. In 2022, only 69 of the total of 8,760 hourly prices in German day-ahead trading were negative. A year earlier, there were 139 hours.

The figures also show that Germany expanded its position in the European electricity market as a net exporter last year. According to the data platform, the total balance of exports and imports results in a net export of 62 billion kWh - compared to the previous year, this corresponds to an increase of 51 per cent. The Federal Network Agency does not provide any explicit information on the reasons for this, but it is known that a large part of the exports went to France. Last year, the neighbouring country was at times unable to supply itself with electricity due to outages and shutdowns of numerous nuclear power plants.


According to the Federal Network Agency, the German electricity sector generated a surplus of 2.9 billion euros from exports, based on the respective day-ahead hourly prices. This figure has also more than doubled year-on-year. In 2021, the export surplus was still 1.1 billion euros. /rb