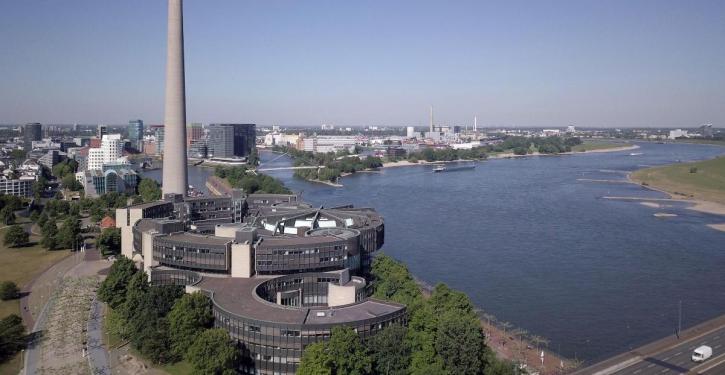 The state of NRW is providing a total of 2.4 million euros to four innovative projects. (Image: LandtagNRW/WolfgangHeuer)
Düsseldorf (energate) - The state of North Rhine-Westphalia is funding four energy transition projects with 2.4 million euros. This was announced by the state government. The four selected projects are projects for the transformation of the energy system and industry. The first project, called 'StoREN', stands for decarbonisation of electricity and heat generation with renewables in the Holthausen industrial park. The conversion of existing fossil CHP plants into CO2-neutral heat storage power plants that simultaneously provide electricity and heat from renewable energy sources is to ensure a climate-neutral energy supply. The project will demonstrate how a high-temperature heat storage system can be integrated into the electricity and heat supply systems of the Henkel/BASF industrial park in Düsseldorf-Holthausen. The construction of a pilot plant is also to be prepared. The project partners BASF, Henkel and the German Aerospace Centre will receive 300,000 euros from the state government for this purpose.


The state government is also providing about 665,000 euros for the 'METALMEM' project by FC Power Fuel Cell Power Systems GmbH from Aachen. The company is developing a new type of electrolyte membrane with a significantly higher efficiency, making the electrolysis process for hydrogen production more efficient and cost-effective than previous processes. The company Theisen from Ochtrup and the Centre for Fuel Cell Technology (ZBT) from Duisburg are developing an innovative electrochemical compressor system for hydrogen as part of the 'InnoKomp' project. Compared to conventional mechanical compressors, the new system is cheaper and has a higher efficiency. This would make hydrogen filling stations more efficient, more robust and much more cost-effective in the future. The state of NRW is funding the project with 745,000 euros.

The fourth funded project, 'Smart Data', revolves around a platform that makes it possible to simulate the electricity market as well as the electricity grid in an integrated way. The platform is intended to help in particular with the analysis of grid infrastructures. The associated public utility company partners Stadtwerke Troisdorf, Beenic, BDEW, ASEW and SME Management will receive 710,000 euros for the project. /am