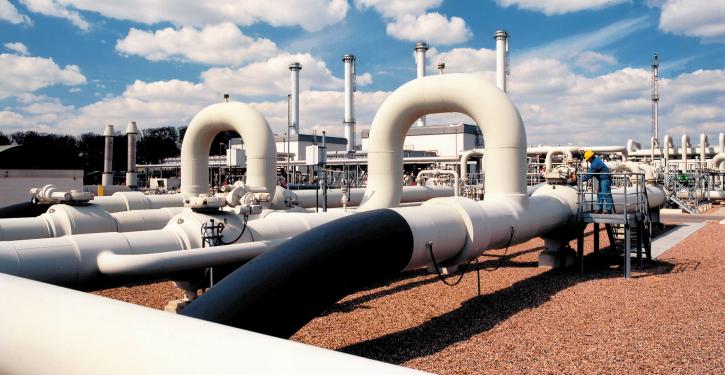 In 2022, significantly less gas was consumed. (Image: Astora)
Berlin (energate) - Energy consumption in Germany reached 403.6 million tonnes of hard coal equivalent (HCU) in 2022. This corresponds to a decrease of 4.7 per cent compared to the previous year, according to the AG Energiebilanzen of the BDEW. It was the lowest level since reunification. The significant decline in energy consumption compared to the previous year had several causes. As a result of the sharp rise in energy prices, there were both short-term behavioural savings and energy efficiency investments with medium to long-term effects. Price-related production cuts in individual sectors of the economy are also likely to have led to a reduction in energy consumption, according to a preliminary estimate by the AG Energiebilanzen. It attributes just under one percent of the overall decline in energy consumption to the warmer weather compared to 2021. Adjusted for the temperature effect, energy consumption in Germany would have fallen by only 3.9 per cent in 2022.


Natural gas consumption fell by just under 15 per cent to 96.0 million tce in 2022. This is the lowest level since 2014. According to the data, the main reason for this development was, in addition to the temporarily much milder weather, the price- and demand-related declines in sales in all areas of consumption. The share of natural gas in total primary energy consumption fell from 26.6 to 23.8 per cent.


Nuclear power generation in 2022 was almost half of what it was in 2021. The decommissioning of the plants in Grohnde, Brokdorf and Gundremmingen, with a combined capacity of 4,000 MW, was responsible for the halving of electricity generation. At the same time, the remaining three power plant units reduced their production from October onwards in order to be able to ensure the agreed continued operation until 15 April 2023. In 2022, nuclear energy had a share of 3.2 per cent (previous year: 6.1%) of total energy consumption in Germany.