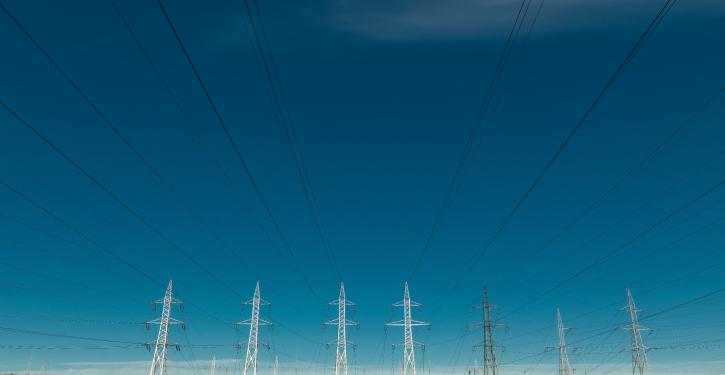 From the perspective of two transmission system operators, 2022 was a good year in terms of approved lines. (Image: Envato/shotsstudio)
Cologne (energate) - The grid operators and the Federal Network Agency (Bundesnetzagentur) praise the expansion of the power grids in 2022. At the same time, companies and authorities criticise the sluggishness of approval processes. It is the bottleneck in the expansion of the grids. Tennet and Transnet BW reported interim successes in 2022 with the important direct current projects Suedlink and Suedostlink. When completed in 2027 and 2028 respectively, the underground cables will connect the power generation centres in northern and eastern Germany with the consumption centres in Bavaria. Originally, the grid operators had set 2025 as the deadline, but the approvals were delayed. The ever-increasing redispatch costs also show that grid expansion is only slowly catching up with the expansion of renewables.


Shortly before the turn of the year, Tennet submitted the application for planning approval for the southernmost section of the HVDC route to the Federal Network Agency. In total, there are 15 sections. According to its own information, the grid operator took into account 1,300 objections from the public. "Suedlink clearly gained momentum in 2022 and will change from a planning project to a construction project from 2023 onwards," said Tim Meyerjürgens, COO of Tennet. For the Suedostlink project, Tennet and Transnet BW also reported that the first sections were entering the final definition stage.

For the large electricity highways, underground cables have priority. This gives rise to new conflicts, especially with landowners. Underground cable lines are no less controversial than overhead lines and are also technically more demanding, as Tennet COO Tim Meyerjürgens recently criticised in an energate interview (energate reported). At least Tennet and Transnet BW made progress in other areas. Both grid operators had recently reached agreements with farmers on compensation (energate reported).


Since this year, the Federal Network Agency has also been examining the exact route of the overhead line in the Ultranet direct current project of Transnet BW and Amprion, with the involvement of other authorities and local residents. The old line, which is to be reinforced, is close to settlements in some places; lawsuits have been announced and some have already been rejected by the courts.


17 years of bureaucracy for Uckermark line


Meanwhile, 50 Hertz 2022 celebrated a long-awaited success in an AC project. Parts of the Uckermark line went into operation. "Double checks of almost the same facts, insufficient staffing and technical equipment of licensing authorities and courts, priority of individual interests over the interests of the general public: all this led to the licensing procedure taking 17 years," criticised Stefan Kapferer, managing director of 50 Hertz.


In total, 50 Hertz received more approvals in 2022 than in previous years. Similar reports came from the grid operator Amprion in the west. With 200 kilometres of approved lines, they have received more permits than ever before. In 2022, the Federal Network Agency will look back on 600 defined line kilometres. In the federal sectoral planning, the first step of the planning stage, the agency made progress. In the final approvals, however - the planning approvals - there were only a few positive decisions. The biggest leap is expected by the grid agency in 2024, a spokeswoman told energate. Construction could then begin on 1,900 kilometres of lines. She put the total number of expansion projects for which the Federal Network Agency is responsible at 39. Regional projects by smaller network operators are the responsibility of the state regulatory authorities.


For the new year 2023, Tennet names the shortage of skilled workers and faltering supply chains as the biggest challenge. To deal with this, the grid operator is therefore commissioning suppliers at an early stage. Tennet is already storing the cable drums for Suedlink and Suedostlink - "an essential safety factor". The company has also repeatedly repeated the demand to limit the duration of approvals to the same length of the construction periods, which is four years for direct current projects.

Transnet BW criticises the insufficient controllable generation in the southwest as the challenge for the near future and urges the construction of new gas-fired power plants. The Federal Network Agency has also guaranteed too few grid resources to ensure voltage regulation. In the past, large power plants with reactive power helped, but the power plant park is changing.

Amprion expects better framework conditions from the federal government for the expansion of the electricity grid. In contrast to renewable energies, this had received too little attention. Uniform rules and simple protection of nature and species are particularly important to the grid operator. This year, the Ministry of Economics is expected to present the first ideas for a new electricity market design. /kj.