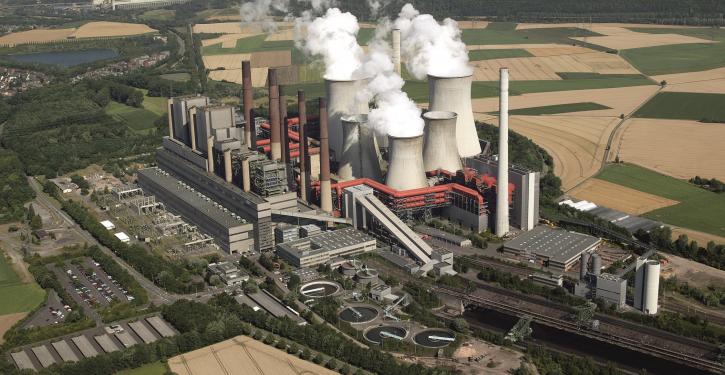 RWE's coal-fired power plant in Neurath is one of the plants for which special rules are to apply in the upcoming profit skimming. (Image: RWE AG)
Essen/Berlin (energate) - Three power plant units of RWE are allowed to make more profit than other lignite-fired power plants after the planned revenue skimming. For power plants in the Rhenish mining area, for which the coal phase-out will come in 2030 instead of 2038, the draft law for the German government's electricity price brake provides for a special regulation. Depending on the generation source, the draft law sets different revenue caps under the electricity price brake. For lignite-fired power plants, the draft assumes a fixed cost recovery contribution and CO2 costs for the costs. In addition, it grants a safety margin. The economics ministry actually sets the fixed cost recovery contribution at 3 cents/kWh. For the RWE power plants in question the value is 5.2 cents/kWh. This would affect the Niederaussem K, Neurath F and Neurath G units.

The federal government justifies the higher fixed costs with a shorter depreciation period for the units due to the early coal phase-out in North Rhine-Westphalia (NRW). A spokeswoman for the economics ministry said in response to an enquiry from energate that the higher value implemented the political agreement to phase out coal in 2030. The ministry did not discuss the concrete values with RWE during the negotiations on the coal phase-out in NRW. The regulations on revenue absorption were only worked out afterwards, the spokeswoman added. The energy company itself also stated that it had not known about the proposals for revenue absorption at the time of the talks on the early coal phase-out.

The planned revenue absorption contains numerous distinctions between plant types and marketing forms. There are already voices in the market that consider this not to be in conformity with European law (energate reported). /kj