Next2Sun is collecting for further growth 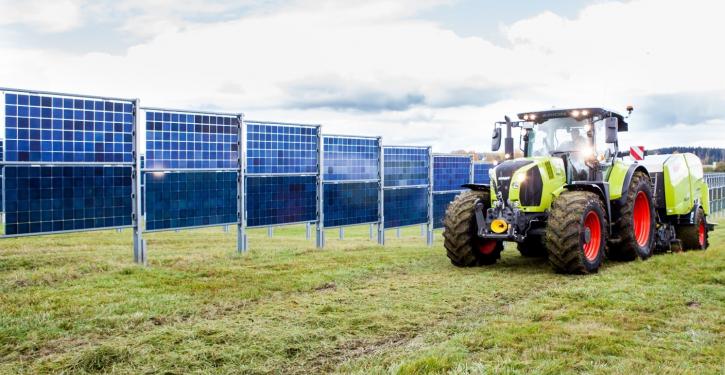 Next2Sun: The political framework for investments in agri-PV systems has improved. (Image: Next2Sun)
Dillingen/Merzig (energate) - The developer of agri-PV systems Next2Sun is raising funds for project development as part of a crowdinvesting campaign. The company has issued a subordinated loan for this purpose. The product has a term of five years, the yield is 6 per cent per year, Next2Sun announced. The company hopes to raise a total of 1.2 million euros. Since 2015, the company from Merzig in the Saarland has been developing vertical bifacial photovoltaic systems that, due to their design, lead to little shading of agricultural land. On average, these plants cover less than one per cent of the land (energate reported).

The company is optimistic about the current legal framework for agri-PV, which has recently improved significantly. Next2Sun refers, for example, to changes in the Renewable Energy Sources Act (EEG), which make photovoltaics on agricultural land eligible for subsidies. The opening of agricultural priority areas in the first federal states also offers 'a much larger area of land'. The inheritance tax privilege also remains in place for agri-PV land, while it no longer applies to conventional photovoltaics. All these regulations would accelerate the expansion of agri-PV plants in Germany, which would offer the Next2Sun Group excellent growth opportunities. /am