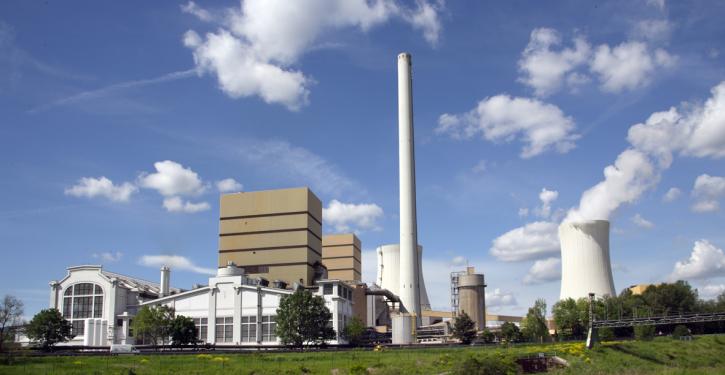 Steag plans to produce green hydrogen at the Fenne power plant site in Saarland from 2026. (Image: Steag)
Saarbrücken/Völklingen (energate) - The energy company Steag has found a buyer for the hydrogen from the Saarland project 'HydroHub Fenne'. From the end of 2026, Saarbahn will use the fuel in its local transport fleet. Both companies have signed an agreement to this effect, Steag announced. As part of Hydrohub Fenne, the Essen-based company is planning to build an electrolyser with a capacity of 53 MW at the Völklingen-Fenne power plant site. This will produce up to 8,700 tonnes of green hydrogen per year. Steag is receiving EU funding for the project through the so-called IPCEI programme (energate reported). However, the amount of the funding is not yet known.

The Saarbahn plans to gradually convert public transport in Saarbrücken and the surrounding area to emission-free drives. By the end of the decade, for example, it plans to purchase 85 new buses with fuel cell drives. For this purpose, the Saarland passenger transport company calculates an initial demand of 255 tonnes of hydrogen per year from 2025. By 2030, the demand will gradually increase to 755 tonnes per year. In addition to Saarbahn, Steag is also trying to reach agreements with other industrial H2 consumers in the region. Talks on this are ongoing, but nothing is ready for a decision yet, a spokesperson explained in response to an enquiry from energate. /rb