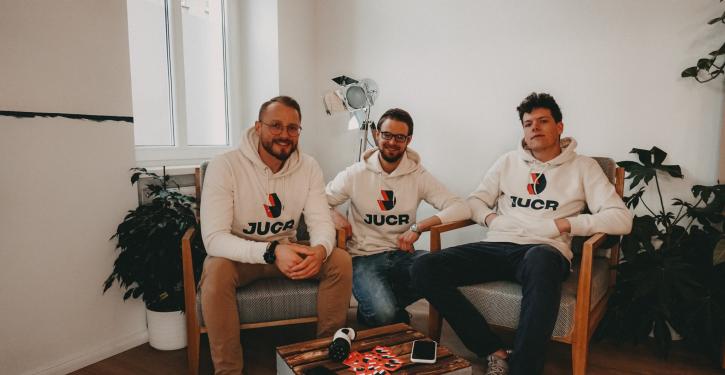 Jucr founders Max Grollmann, Lukas Puls and Richard Birich are taking a new approach. (Image: Jucr GmbH)
Berlin (energate) - The Berlin-based e-mobility start-up Jucr has secured financing of 31.2 million euros. Twenty-five million euros of this is debt capital, 6.2 million euros comes from a seed financing round, as the company announced. According to the statement, this is being carried by the new investor Vector Venture Capital together with the existing investors '2bX' and German Media Pool. The money is to flow into the development of the company's own charging park and the further development of its own software and hardware. In February 2022, the company already closed a financing round of 1.5 million euros, bringing the start-up's total investment volume to 33 million euros.

The flat-rate charging provider Jucr launched in 2020 with the promise that customers could charge as often and as much as they wanted at more than 300,000 charging points in Europe (energate reported). Three months after the launch of the offer, 'a large number' of customers were apparently cancelled with reference to the general terms and conditions (energate reported). Rising energy prices meant that the flat rate model was no longer economically viable. Jucr now wants to build its own Europe-wide charging network with at least 100,000 charging points by 2025. /ck