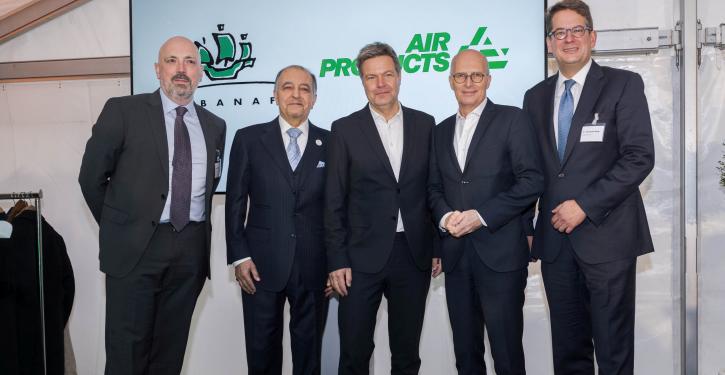 Federal Economics Minister Robert Habeck also came to Hamburg for the project announcement. (Image: Air Products/Mabanaft)
Hamburg (energate) - The companies Air Products and Mabanaft subsidiary Oiltanking Deutschland want to build Germany's first large import terminal for green energy in Hamburg. The joint agreement is an important step in building an import and distribution infrastructure for green ammonia in the Port of Hamburg, the two companies announced at an event in Hamburg. The announcement follows a memorandum of understanding