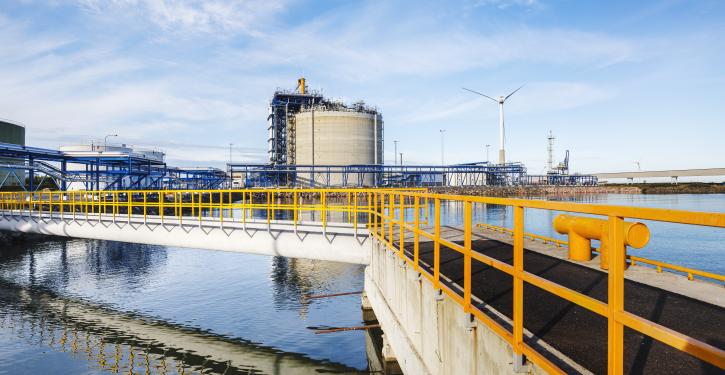 Gasum has compensated for the shortfall in Russian volumes primarily with LNG. (Image: Gasum/Miikka Kiminki)
Moscow/Helsinki (energate) - A Stockholm arbitration court has ordered Gazprom Export and the Finnish company Gasum to continue negotiations on an existing long-term supply contract. This was announced independently by the two parties to the dispute. Gazprom said the court had confirmed that Gasum still owes more than €300 million because of take-or-pay obligations. The court recognised Russian President Vladimir Putin's decree of 31 March, according to which Russian gas deliveries must be paid for in roubles since then, as a circumstance of force majeure. This would not bind the company to its contractual delivery obligation. Gazprom had most recently delivered almost 1.5 billion cubic metres of natural gas to Gasum in 2021.

Conversely, Gasum sees the decision as confirmation that the company is not obliged to pay its bill in roubles according to the arbitration award. The Finnish company had refused to change its payment modalities in the spring. Gazprom had then stopped gas deliveries in May (energate reported). Gasum had appealed to the arbitration court for this. Gasum says that gas deliveries will not be continued until further notice. The company does not want to comment on the ongoing negotiations. /tc