Germany withdraws from the Energy Charter 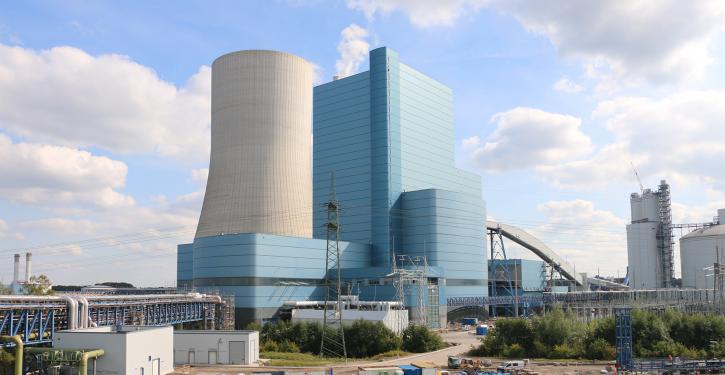 The Energy Charter Treaty also protects investments in fossil energies. The governing 'traffic light coalition' now wants to opt out. (Image: Uniper)
Brussels/Berlin (energate) - After Italy, Poland, Spain, the Netherlands and France, Germany is now also withdrawing from the Energy Charter. This was announced by members of the Bundestag (lower house of German parliament) from the coalition partners SPD, Greens and FDP on 11 November. The reason for the withdrawal is in particular a clause that grants investment protection for energy plants - including fossil plants. Critics complain that the Charter thus stands in the way of the energy transition.

In response to the criticism, the EU pushed through a climate-friendly reform of the treaty (energate reported). Among other things, this provided for the investment protection for fossil plants to be reduced from 20 to 10 years, and for new fossil plants to be completely abolished as of August 2023. The amended text is to be formally adopted at the Energy Charter Conference scheduled for November. Currently, in addition to the 26 EU member states, 25 other states such as Switzerland, Great Britain, Turkey and the successor states of the Soviet Union except Russia belong to the Charter. The EU and Euratom are members as independent organisations.


The majority of EU parliamentarians are also against the Energy Charter, despite the amendments. "We should all pull out of the treaty together," is the majority opinion of the group representatives. At the next plenary session in the week of 21-24 November, they want to have a resolution voted on for a "coordinated exit" from the ECT Treaty. Only the EPP group supports the new treaty negotiated by the EU Commission. The reformed ECT Treaty is better than withdrawal, Dombrovskis said. The political decision now lies with the Council of the EU and the EU member states.


Although the EU Commission had negotiated on behalf of the EU, the individual member states are also parties to the treaty concluded in the 1990s. "With the reformed treaty, the EU can continue its energy policy," EU Trade Commissioner Valdis Dombrovskis promoted the reformed treaty at a hearing before the plenary of the EU Parliament in Brussels. He warned against withdrawal: "If we withdraw now, the sunset clause kicks in". This sunset clause provides that even after a withdrawal, existing foreign energy investments remain protected for 20 years. This means investors can continue to sue in international arbitration against government decisions that affect the success of their foreign investments. "We have achieved our key objectives," Dombrovskis stressed. He said the new treaty was compatible with the Paris climate agreement and useful for the EU because of the current geopolitical situation.


The parliamentary groups of the SPD and Bündnis 90/Die Grünen obviously see things differently. Deputy SPD parliamentary group leader Verena Hubertz said in praise: "With the exit from the Energy Charter, we are opening a new chapter so that trade treaties cannot be used to shackle progress and public welfare-oriented policies." Andreas Audretsch, deputy leader of the Green parliamentary group, added that with the exit Germany was "loosening a huge blockade for more climate protection". He said that the Energy Charter stood in the way of climate protection, as shown, for example, by Vattenfall's lawsuit against the German nuclear phase-out or the lawsuits by RWE and Uniper against the Dutch coal phase-out. /rl/sd