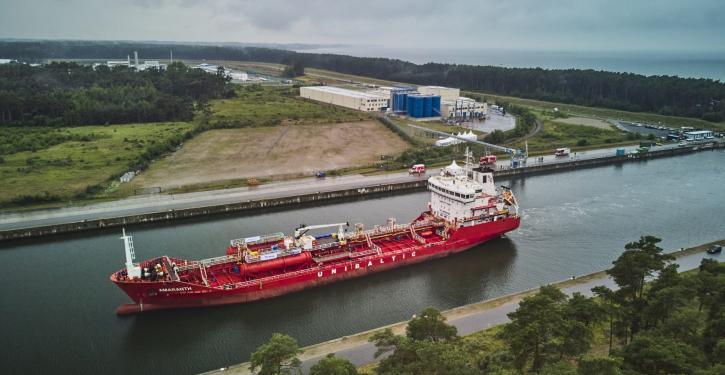 The ports of Lubmin and Rostock will also receive funding. (Image: Ravenol Group/Hafen Lubmin)
Schwerin (energate) - The state of Mecklenburg-Vorpommern is setting up a 1.1 billion euro energy fund. 600 million euros will come from the federal government's relief package, the remaining 500 million euros from state funds, a government spokesperson told energate. The amount of 800 million euros, almost two-thirds of the fund, is to flow into so-called 'investments for the future' (Zukunftsinvestitionen), and another 100 million euros into a hardship fund. With the remaining 200 million euros, the state will finance the first increase in housing subsidies and the 49-euro ticket (Deutschlandticket). The energy fund still needs the approval of the Landtag state parliament. According to the spokesperson, a special session will be scheduled for the end of November.

Among the future investments that will be funded is in particular the hydrogen sector. The 'Future Package for the Transformation of the East German Refinery Sites and Ports', with which the ports in Rostock and Lubmin, for example, are to be expanded, will also receive money from this pot. 10 million euros of the Zukunftsinvestitionen are earmarked for the promotion of balcony power plants, with which the government wants to support tenants in particular in the energy transition. Since mid-November, they can receive a subsidy of 500 euros for plug-in photovoltaic systems up to 600 watts. The existing hardship fund was increased from 15 million euros to 100 million euros. This means that in addition to companies, educational institutions such as schools, day-care centres and universities can now also benefit from the fund; 15 million euros have been earmarked for them. /sd