"The anti-gas course of banks and local politics is dangerous" 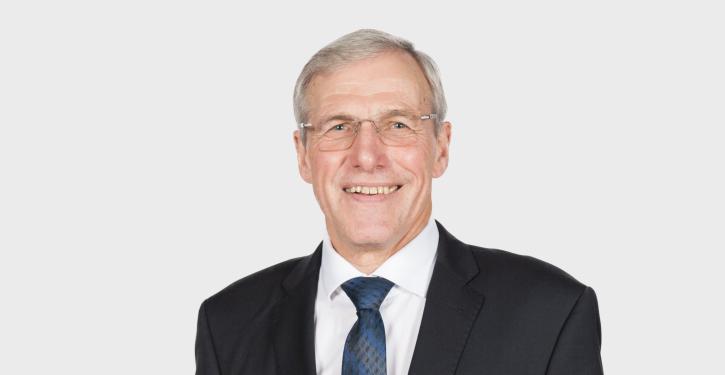 In this special situation, it would be important to provide reliable statements on investment security, says Claus-Heinrich Stahl. (Image: B.KWK)
Berlin (energate) - On the deadline of 1 December, the tender for both conventional and innovative combined heat and power (CHP) is due. energate spoke to Claus-Heinrich Stahl, president of the German CHP Association (BKWK), about his forecast for the outcome of the auctions and the consequences of the energy crisis for CHP.

energate: Mr Stahl, there were too few participants in the past bidding rounds for CHP, will the gas crisis possibly make the problem worse?

Stahl: The shortfall will get worse. Interest costs are rising, as are personnel costs. There are also big question marks about the electricity price. In the third quarter the average was 375 euros/MWh, at the moment it is 'only' 150 euros/MWh. The call for a retroactive profit skimming brings further unrest. And looming above all this is the supposed gas shortage in the next two winters. We are hearing from municipal utilities that are now taking the step of not investing in gas plants at all. Banks are also already waving off financing. The only exceptions are, of course, replacement investments that are pending. There will certainly be some surcharges in this area.

energate: Who is driving the anti-gas course: the banks or local politics?

Stahl: If the municipal utility management doesn't get any more approval in the relevant supervisory boards, then its hands are tied. Unfortunately, more and more people are saying that gas is no longer relevant. However, CHP investments are not 'stranded investments', they are future-oriented if the companies procure the right fuels. The plant itself is not fossil, it's just a technology. And at the end of the day, putting inefficient large-scale power plants without heat extraction on greenfield sites cannot be the solution in our eyes either.

energate: What would be the greatest lever to calm the market?

Stahl: In this particular situation, it would be important to provide reliable statements on investment security. A retroactive profit skimming, which makes the banks and the entire biogas industry highly nervous, is certainly not one of them. A clear signal would be to increase the volumes in the CHP tenders. Our plants are not supposed to clog up the grids, but to make room for solar thermal energy, geothermal energy and heat pumps. That means they have to run for far fewer operating hours. They perform an important service during the peak load periods in the morning from 6 to 9 am and in the evening hours from about 5/6 to 9/10 pm respectively. Continuous runners are therefore a thing of the past.

energate: What tender quantities would be appropriate in your opinion?

Stahl: 1.6 GW per year would make sense. That would be an immense increase, but we need plants that form the safety net in winter when there are lulls and little solar power. The Ministry of Economics is already talking about peakers with less than 900 operating hours. A certain capacity subsidy would secure the investments, even if the main money would be earned in the electricity market in times of high prices. The promotion of highly flexible biomethane plants, which are only subsidised for 1,300 full utilisation hours per year in the tenders, but in return receive a basic subsidy of 650 euros distributed over ten years, could serve as a blueprint.

energate: With the Federal Promotion for Efficient Heat Networks (BEW), there has recently been an alternative funding mechanism to iKWK. Does this mean that the number of participants will drop again?

Stahl: iKWK and BEW complement each other rather than slowing each other down, also because BEW concepts are possible from as few as 16 buildings or 100 residential units and thus below the iKWK subsidy with a minimum size of 500 kW. With BEW, companies have the option of receiving funding only for a green system such as a large-scale heat pump, whereas with iKWK a renewable system and an electric heat generator plus a combined heat and power plant must be installed. The CHP is becoming even more attractive because the requirement of a 30 or 35 per cent share of renewables in the first year of operation has been softened in the EnSiG (Energy Security Act) for tenders until 2021. If, for example, a plant cannot go into operation until June, the subsidy amount for the entire year is not lost, but instead 2.5 per cent is calculated on a monthly basis.

energate: In its final report, the Expert Commission on Gas proposed that Germany should introduce an obligation to build heat storage facilities. Does this seem sensible?

Stahl: The industry has been building ever larger storage facilities for years, just think of the coastal power plant in Kiel, for example. We are even of the opinion that there should no longer be a CHP plant without heat storage. Our recommendation is that plants up to 500 kW should have a storage tank for at least six hours of operation, larger plants for 24 hours and from 10 MW even for at least three days. The heat grid can also be used as a storage system by temporarily increasing the flow temperature so that the CHP plant is not operated on weekends with low electricity consumption. Freeing up the grid for electricity from renewable plants is only possible with heat storage systems.

energate: Another demand is that the penalty after a surcharge should be abolished if companies want to implement alternative concepts instead of gas CHP. In addition, plants should only be built hydrogen-ready.

Stahl: Penalties already became a problem in the Coronapanademie, where companies had to abandon or adapt their plans because of supply bottlenecks and rising material costs - as the Halle example showed. The problem is that the results of the tenders partly no longer reflect the market due to the long time delay. Tendering would have to become easier per se; the effort is too high, especially for smaller plants. The entry threshold would have to be raised again.

Stahl: The restriction of tenders to new gas-fired CHP plants that are H2-ready, as proposed in the report, should not be an insurmountable task for our members. What is important, however, is how to deal with the conversion or retrofitting costs to 100 per cent hydrogen. In the Easter package, there was already a requirement that the conversion should only account for a maximum of 10 per cent of the system costs. However, this could be too low if new cylinder heads or direct injection are installed and the gas fittings and lines are changed.