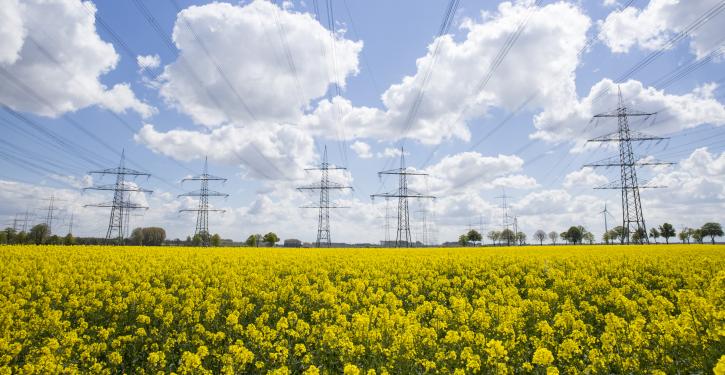 Large consumers are urgently calling for legal certainty with regard to exemptions for cheaper electricity transport. (Image: Amprion GmbH / Daniel Schumann)
Berlin (energate) - The electricity-intensive industry is pushing for an early exemption rule for individual grid fees. For the Association of the Industrial Energy and Power Industry (VIK), what matters is planning security for the industry. The Federal Network Agency is currently working on amendments to the Electricity Grid Charges Ordinance. According to information from the industry, it will publish its decision at the end of November.

The issue is that, if factory sites consume more than 10 million kWh of electricity for at least 7,000 hours a year, the grid fees will be reduced. They then pay only 20 per cent of the regular fees. If industrial plants consume even more electricity, the grid fees are further reduced. The value of these rebates quickly runs into millions for large consumers. Christian Seyfert, chief executive officer of the VIK criticises: "Sticking to the strict regulations on the 7,000-hour rule would set completely wrong incentives, increase energy consumption and punish companies that reduce their electricity consumption in the current situation and save energy as demanded."

In the summer of 2023, the German government instructed the Federal Network Agency to find an exemption with the third amendment to the Energy Security Act (energate reported). Companies are to retain their favourable grid fees even if they make consumption more flexible. The VIK emphasises that there is agreement that the individual grid charges according to §19 of the Electricity Grid Charges Ordinance should be temporarily suspended. Disagreements arose during the consultations about how the authority should design the regulation and how the companies should implement it. Things must now move forward quickly. The companies need legal certainty, commented the VIK. /kj