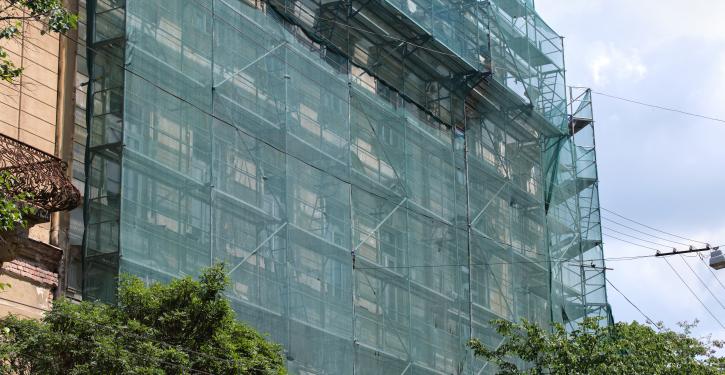 In future, landlords will have to contribute to the CO2 costs for heat. (Image: Envato Elemets/bilanol)
Berlin (energate) - After long debates, the SPD, the Greens and the FDP have agreed on a regulation for sharing CO2 costs between tenants and landlords. The parliamentary groups of the coalition parties made only minor changes to the graduated model presented by the government. The costs will continue to be shared according to the CO2 balance of the building. The worse a building's carbon footprint, the higher the landlord's share of the costs for the national fuel emissions trading scheme that has been in force since 2021 (energate reported). This is intended to create an incentive to invest in energy-efficient refurbishment. According to the changes now planned, which are available to energate, landlords in buildings with the worst climate balance must now bear 95 per cent of the CO2 costs instead of 90 per cent as previously planned.

Tenants who conclude a heat supply contract themselves and thus make advance payments for the CO2 costs could claim these from the landlord on a pro-rata basis. With the agreement of the coalition parties' parliamentary groups, they now have twelve months to do so instead of the six months envisaged by the government. The government is also to provide an electronic application for calculating and apportioning carbon dioxide costs for landlords and tenants by 1 June 2023 to facilitate implementation. Suppliers will also be required by the law to print general information on their bills about reimbursement rights for tenants who have independent contracts for heat or hot water.


The regulations are to be evaluated as early as 2025 instead of 2026 as the government had planned. According to an amendment agreed upon by the SPD, the Greens and the FDP on 9 November, the individual stages for the distribution of costs as well as their incentive effect are to be part of the analysis. The federal government had already adopted the graduated model at the end of May 2022 (energate reported). The FDP had recently delayed the resolution of the law, among other things with reference to bureaucracy for landlords. The Bundestag (lowe house of parliament) is now expected to pass the law on 10 November. /kw