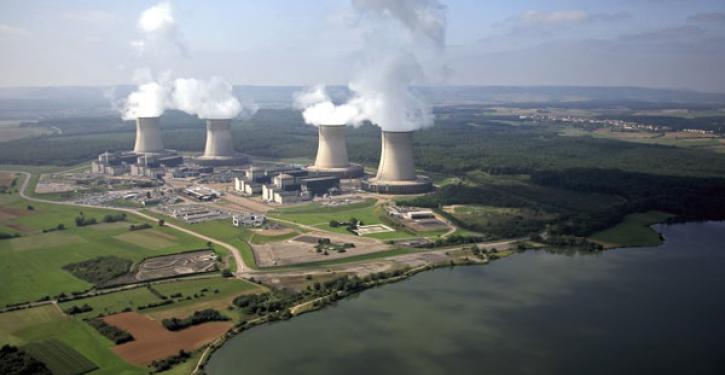 The French nuclear power plant Cattenom is one of the EDF reactors with corrosion damage. (Image: EDF)
Paris (energate) - A leak is apparently prolonging the revision of the French nuclear power plant Civaux. Unit 1 of the power plant with a capacity of 1,495 MW is affected, the state-owned company EDF as operator of the plant told media representatives. According to a report by the news agency 'Reuters', the management does not classify the leak as a safety risk. Neither among the staff nor in the area outside the plant had radiation been measured. The reactor has been undergoing inspection since August 2021. According to the French nuclear regulator ASN, routine maintenance had revealed that the plant, like other EDF nuclear power plants, had corrosion damage. Considering the war-related energy crisis, EDF has originally hoped to be able to reconnect Civaux 1 to the grid in the upcoming winter. The ASN has requested a status report from EDF.

The regulatory authority also recently announced that two cracks in need of repair, 4.1 and 6.1 millimetres deep, have been discovered at EDF's Cattenom NPP. EDF itself had stated that strikes were also delaying ongoing repairs at the plant. The problems with unscheduled extended nuclear power plant overhauls have been with the group since the end of 2021. EDF is therefore posting losses worth billions of euros. /pa