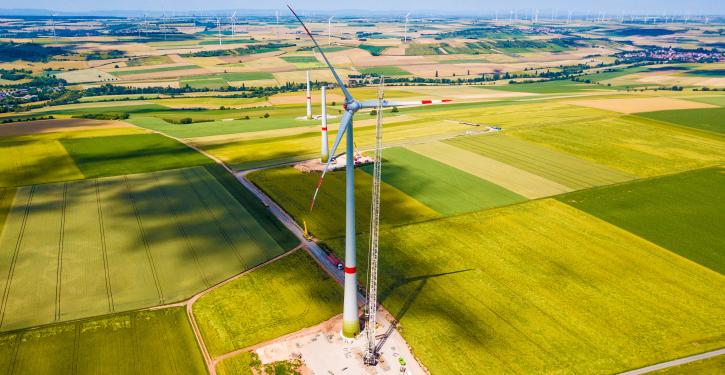 The first area-tender via Caeli Wind offers potential for over 110 MW of wind energy. (Image: Pionext)
Berlin (energate) - The online marketplace for wind power sites, Caeli Wind, has launched its first tender. The offer includes sites with at least 110 MW potential in the German states of Baden-Württemberg and Hesse, the Berlin-based start-up announced. Planning law is in place for the corresponding areas, and the sites have been examined for their profitability "using various metrics". On 15 November, Caeli Wind plans to open the data rooms with details of the sites on the online marketplace. From then on, interested parties can submit their bids over a period of six weeks. The bid consists of the lease payment that the bidder is willing to pay for the site. At the end, the three most attractive bids will be given the opportunity to enter into direct negotiations with the land owner.

With the specially developed online marketplace, Caeli Wind wants to bring land owners and wind power project developers together. The platform operator enriches the offers of land with information on wind accessibility, for example, as well as data on nature and species protection and the existing infrastructure. The marketplace is not only intended to make it easier for project developers to access potential sites, but also to speed up planning processes, for example by including permission agreements in the tenders. According to Caeli Wind, around 60 project developers have registered as potential bidders on the platform so far. At the same time, the company announced that it is preparing the tendering of 45 additional sites. /rb