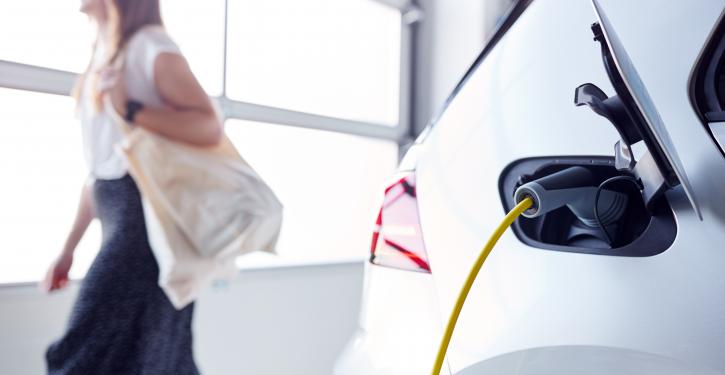 E-car sales are growing strongly in China, Europe and the USA. (Image: monkeybusiness/envato elements)
Bergisch Gladbach (energate) - Electromobility continues to gain momentum worldwide. In all three core markets, China, Europe and the USA, sales of e-cars have risen sharply in the past three quarters. The market is growing particularly dynamically in the USA, although China remains the undisputed lead market. This is shown by the 'Electromobility Report 2022' of the Center of Automotive Management (CAM). The study looks at pure electric vehicles (BEV) and plug-in hybrids (PHEV).

In terms of numbers, China is particularly keen on electric vehicles. According to CAM, the leading market for e-mobility, sales of BEVs and PHEVs have more than doubled, with 4.36 million newly registered vehicles, the Middle Kingdom accounts for almost two-thirds of total sales. According to study director Stefan Bratzel, one reason for this is that China is currently better able to avoid supply chain problems. "On the other hand, Chinese car manufacturers are becoming stronger in their home market" and could also establish themselves in Europe in the future, according to Bratzel.


10 million vehicles by the end of the year


According to the report, a total of 6.75 million BEVs and PHEVs were newly registered in the three regions, which is a new record and corresponds to an increase of 65 per cent compared to the same period last year. BEVs led the way with almost 5 million passenger cars (+77.7 %). PHEVs accounted for 1.82 million new registrations (+38.4 %). Study director Bratzel predicts that the 10 million mark will be broken this year.


Europe is currently the second-largest market for electricity-based mobility, ahead of the USA, with 1.69 million new EV registrations (+5.4%). A trend towards pure e-cars is also noticeable here. BEVs increased by more than 29 per cent to one million vehicles, while PHEVs lost 17 per cent. "The growth momentum for PHEVs thus seems to be gradually coming to a standstill in Europe, to which the lower subsidies will probably also contribute in the future," the study authors concluded.

This is also evident in Germany, where BEVs increased by 15 per cent to 272,473 vehicles in the same period, while 215,600 newly registered PHEVs represent a decline of 11.5 per cent. For October, the Federal Motor Transport Authority has again recorded rising registrations in both segments.


USA is catching up


In the USA, around 700,000 new electric vehicles were put on the road in the first three quarters of the year. This puts the market in third place. It has recently grown enormously by 146 per cent. BEVs in particular grew strongly, with their number tripling. The CAM expects further high growth, driven on the one hand by the support measures introduced, within the framework of the Inflation Reduction Act, and on the other hand by new models from car manufacturers.

The CAM is a scientific institute for empirical automotive and mobility research as well as for strategic consulting at the University of Applied Sciences in Bergisch Gladbach. It regularly analyses current market, sales and innovation trends in electromobility. /dz