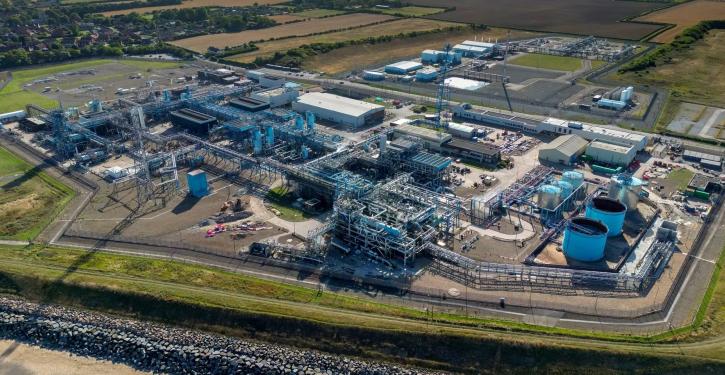 The Easington gas terminal is to become a hub for the production of green and blue hydrogen. (Image: Centrica)
Windsor/Stavanger (energate) - Centrica and Equinor want to develop the Easington terminal on the English North Sea coast into a hub for low-CO2 hydrogen. The site has great potential for the production of green and blue hydrogen , the two companies announced. The North Sea terminal, operated by Centrica, currently receives up to a third of the UK's gas imports, including Equinor's Norwegian supplies. For the electrolysis of green hydrogen, there is access to large offshore wind farm projects. An important prerequisite for blue hydrogen is provided by an existing CO2 pipeline from the Humber industrial region. The CO2 is to be stored under the bottom of the North Sea. The recommissioned offshore natural gas storage facility 'Rough' is also connected via Easington. Centrica also wants to use the facility as a hydrogen storage facility in the long term (energate reported).

Equinor is already active in several hydrogen and CCS projects in the Humber region. Among other things, the company wants to build up production capacities of over 1,800 MW in the 'H2Saltend' project. The conversion of the Easington terminal could bring the potential for a further 1,000 MW, according to estimates by the two project partners. /tc