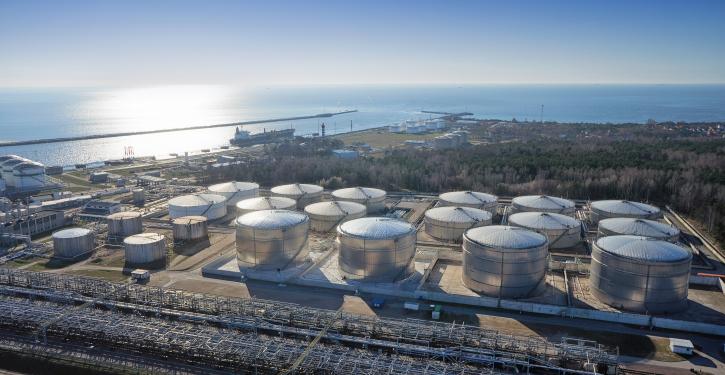 The German LNG terminals have not yet been built and are supposed to bring a way out of the gas crisis. According to the Fraunhofer ISI, their climate-neutral continued use is associated with uncertainties. (Image: Klaipėdos nafta)
Karlsruhe/Berlin (energate) - The Fraunhofer Institute for Systems and Innovation Research (ISI) sees "major uncertainties" in the subsequent conversion of LNG terminals to hydrogen. Importing liquid hydrogen or liquid ammonia poses technical challenges and know-how about conversion costs is limited, the institute stated. The construction of fixed terminals, which are to be used until the 2040s, raises the question of bad investments and stranded investments, it said.< ...