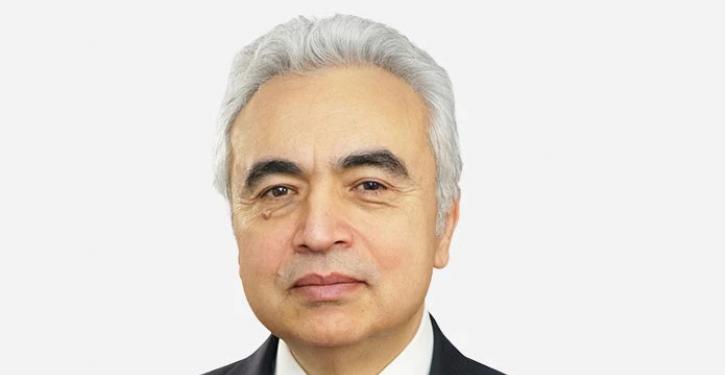 IEA Director Fatih Birol warns against gas shortages in the coming year. (Image: IEA)
Paris (energate) - Europe could be short of up to 30 billion cubic metres of natural gas in the summer of 2023 to replenish its gas storage facilities. This is the result according to an analysis conducted by the International Energy Agency (IEA). The report warns against wrong conclusions due to the current high storage levels as well as the recent lower gas prices and unusually mild temperatures. The filling of EU gas storage facilities like this year is not necessarily to be repeated, it stated. Russian pipeline gas deliveries were largely at a 'normal' level in the first half of the year, it said. But it is highly unlikely that Russia will again supply 60 bcm of pipeline gas to the EU in 2023.

China's lower liquefied natural gas (LNG) imports were also a major factor in making more LNG available to Europe in the first ten months of this year to offset the decline in gas supplies from Russia, according to the IEA. China's LNG imports could return to 2021 levels next year as economic growth recovers after the Covid-related supply freezes. Combined with a Russian supply freeze, Europe could be short of almost half the gas needed to fill 95 per cent of storage by the start of the 2023-24 heating season, according to the analysis.


"Given the recent mild weather and lower gas prices, there is a risk of complacency creeping into the discussion on Europe's gas supply," IEA Director Fatih Birol commented. "But we are far from out of the woods yet". Europe is likely to face an even bigger challenge next winter than this one, he added. That is why governments need to take immediate action to accelerate energy efficiency improvements and boost the use of renewables and heat pumps, he said. Reducing gas demand is crucial for Europe's energy security. /ck