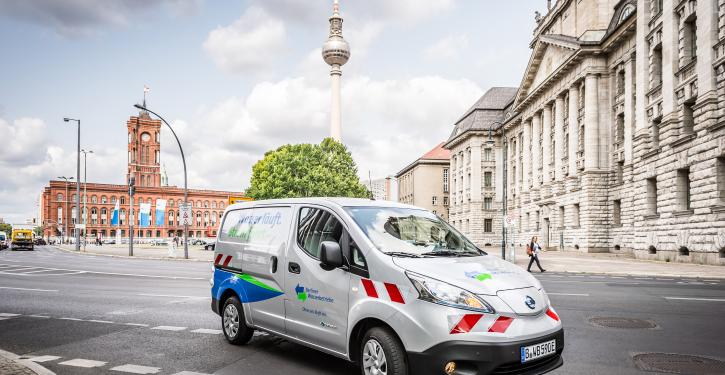 Berliner Wasserbetriebe is also participating in a project for cross-company e-car sharing. (Image: Berliner Wasserbetriebe / Marcus Zumbansen)
Berlin (energate) - Progress has been made in the research project 'Smart eFleets': According to the project partners, they have successfully deployed energy management software for smart charging of e-vehicles. One goal of the project is to be able to use e-cars across several companies and locations (corporate car sharing). Another is to charge the vehicles according to demand so that there is always enough available, smoothing peak loads and to protect the energy infrastructure.

The cloud-based software was developed by the project partner Carano Software Solutions from Berlin. The software developer announced that the "CaranoCloud" has been in use at three locations for more than a year. According to the statement, the partners integrated the locations into the pooling step by step. Meanwhile, 124 e-cars are available in the pool. In total, the partners' fleet comprises around 300 e-vehicles. The "Smart eFleets" programme, which is funded by the Federal Ministry of Transport, was launched about two years ago. In addition to Carano, other partners include Berliner Verkehrs- und Wasserbetriebe, Berliner Stadtreinigung and Stromnetz Berlin. /dz