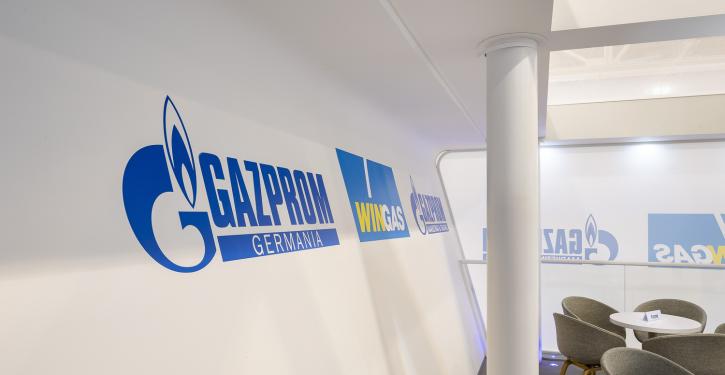 The former Gazprom-Germania could be nationalised. (Image: WINGAS GmbH)
Berlin/Leipzig (energate) - A second major gas importer is apparently on the verge of nationalisation. After the federal government recently initiated the complete takeover of Uniper, there are now apparently talks in Berlin about the federal government taking a stake in Securing Energy for Europe (Sefe). This is reported by "Der Spiegel" with reference to "insiders". According to the report, the nationalisation of Sefe (formerly Gazprom Germania) is considered an "option" that should ultimately support VNG AG, which is also in serious trouble. VNG - like Uniper before it - had already applied for state aid under Section 29 of the Energy Security Act (Ensig).

Sefe is already under the trusteeship of the Federal Network Agency. The federal government initially helped Gazprom's German division with KfW loans totalling 9.8 billion euros after Russia throttled and finally stopped gas deliveries via the Nord Stream 1 Baltic Sea pipeline. One argument against nationalising the former Gazprom Gernania, according to the report, is that the company is still owned by Gazprom. Sefe and VNG are linked by a supply relationship that is effectively no longer being served, forcing the EnBW subsidiary VNG to procure the defaulted volumes expensively on the spot market. This recently led to a legal dispute between VNG and a Sefe subsidiary.


VNG has a total of two extensive contracts with Gazprom, which are causing the company high losses on a daily basis. Apart from Uniper, Sefe and VNG are the only two companies that the economics ministry wants to be beneficiaries of the gas surcharge that will apply from October. All three represent a significant share of Germany's gas supply. Whether and how the federal government will comply with VNG's request for help is still open. At the BDI Climate Congress, economics minister Robert Habeck did not yet want to comment on Sefe. All companies that buy or sell gas currently have a problem, Habeck merely said. energate enquiries with the Federal Network Agency and the Federal Ministry of Economics are ongoing. /pa/ck