Pellet market in a state of emergency 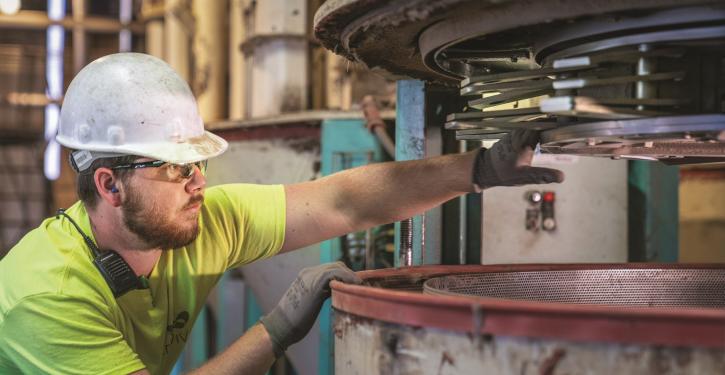 The pellet industry is currently unable to keep up with the massive increase in demand. (Image: Enviva)
Berlin (energate) - The German pellet market has not been spared the effects of the Ukraine war and the current energy price crisis. As a result, the pellet price has risen massively in recent months. According to figures from the German Energy Wood and Pellet Association (Deutschen Energieholz- und Pellet-Verband, DEPV), the pellet price reached a national average of 763.76 euros/tonne in September. This was again 11.8 per cent more than in the previous month of August and 322.7 per cent more than in September 2021, the association announced. The main reason for this development is a striking increase in demand and a production that cannot keep up with it. "Demand in the last six months was about two to three times as high as in the previous year in these months," DEPV Managing Director Martin Bentele explained in an interview with energate.


Existing customers are filling up their stocks in a panic


The industry had indeed expected an increase in the number of pellet furnaces and had already ramped up production. In the first half of 2022, for example, more pellets were produced than ever before, at 1.75 million tonnes. "In the heating oil segment in particular, we were expecting a wave of replacement," Bentele continued. However, the current market situation is "extraordinary" and the industry could not have anticipated it to such an extent. "The fact that many gas customers are now suddenly switching to pellets almost without notice for fear of supply bottlenecks and price increases, and that existing customers are panicking to fill up their stocks, is difficult to absorb off the top of one's head," the DEPV managing director explains. For example, it takes at least two years to build a new pellet plant before production can start.


Pellet industry not to be compared with mineral oil companies


Other factors influencing the pellet price include, above all, the general increase in production and logistics costs as well as high raw material costs due to a decline in the construction industry. Here, the demand for sawn wood in particular plays a role. "When the price of sawn wood is high, a lot is sawn. That also means more residual wood and thus pellet prices tend to fall," Bentele stated. The circumstances together lead to a bottom-line average price for pellets of 15.28 ct/kWh nationwide. By comparison, that for heating oil was 15.22 ct/kWh and for natural gas 17.62 ct/kWh. Despite similar price developments, the situation in the pellet sector is not comparable to that of mineral oil companies in terms of profit, Bentele emphasised. This is because the high prices are, on the one hand, demand-driven and, on the other, based on demonstrably high residual wood prices. In this respect, an excess profit tax - such as the consumer protection groups had already brought into play - would not be appropriate for pellet producers, the managing director says.


In any case, Bentele continues to advise pellet customers in the current market situation to order only when there is an acute need and otherwise to wait and see. This is also because a trend reversal may be in sight. "We assume that the situation will slowly ease again, also because the stocks of existing customers are already full," the DEPV managing director explains. The first signs of this, he says, are the falling demand in the last few days. "And some larger dealers have also confirmed to us that they are already offering pellets significantly below the September price again," Bentele added. In his view, if this development continues, prices could fall further for the upcoming heating season. However, a more precise forecast is not possible due to the multitude of influencing factors and an unprecedented situation, he qualified. /ml