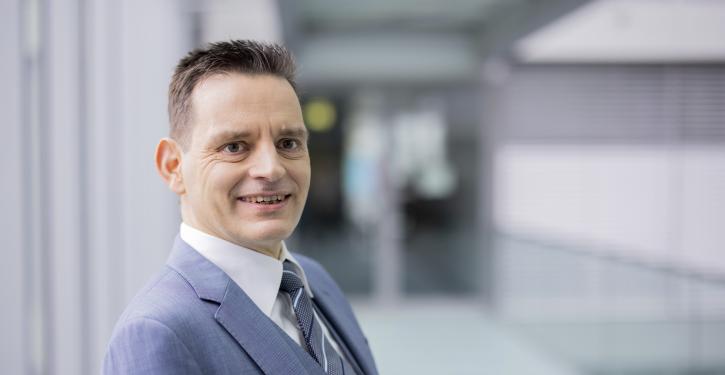 The Eon boss will lead the company for another five years. (Image: E.ON SE)
Essen (energate) - The supervisory board of the Essen-based energy group Eon has extended the contract of CEO Leonhard Birnbaum until 2028. This means that Birnbaum will be at the head of the company for another five years, Eon announced. He has been a member of the management body since 2013 and took over as chairman in 2021. "As CEO, Leonhard Birnbaum has further sharpened the strategy of the Eon Group with its clear focus on sustainability, digitalisation and growth," Karl-Ludwig Kley, Chairman of the Supervisory Board, said explaining the extension. In the current crisis, the supervisory board is holding on to the personnel appointment since the price and procurement crisis is also putting pressure on Eon's profits. In the first half of the current financial year, the group recorded a decline in earnings in almost all segments (energate reported). /kj