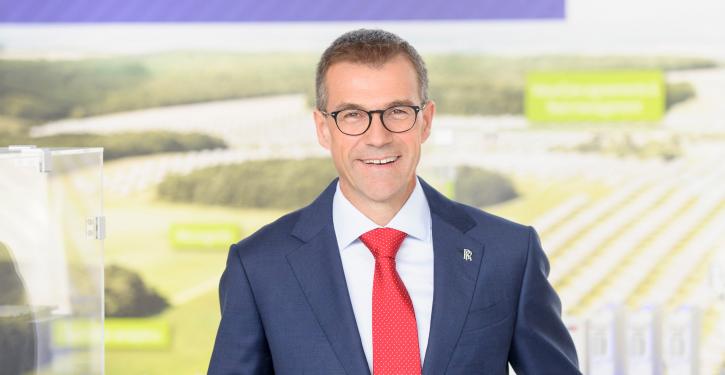 Andreas Schell takes up his duties as the new CEO of EnBW in Karlsruhe on 15 November. (Image: Rolls-Royce Power Systems AG)
Karlsruhe/Friedrichshafen (energate) - EnBW will complete its long-announced change of CEO before the end of November. The designated new CEO Andreas Schell will take up his new position on 15 November, the Karlsruhe-based group has now announced. Since Frank Mastiaux will leave office on 30 September after ten years at the head, the rest of the Group's Executive Board will take over his duties during this transitional phase, the company added. Andreas Schell is currently CEO of the engineering company Rolls-Royce Power Systems in Friedrichshafen. It has been certain since April 2022 that the 53-year-old Mastiaux (58) will succeed him as the next CEO of EnBW. Mastiaux had already announced his retirement in 2021.

However, Schell's entry into office in Karlsruhe depended on the search for a successor at Rolls-Royce Power Systems. The search is now officially over. Jörg Stratmann will take over his new position at the head of Rolls-Royce Power Systems on 15 November, the technology manufacturer announced. Previously, Stratmann was head of the automotive supplier Mahle. The then 51-year-old industrial engineer had already given up this post in 2021 at his own request. Before his time at Mahle, Stratmann was also active in the management of Siemens. One of his core tasks at Rolls-Royce Power Systems is to increase the profitability of the core brand MTU, according to the supervisory board. MTU manufactures generators and gas engines and is in the process of moving towards fuel cell technology and hydrogen.


Rolls-Royce Power Systems is also bringing a new chief financial officer into the company. Andreas Strecker will take over this position on 1 December 2022, the company added. Strecker (born 1962) is an experienced manager from the automotive industry with a focus on commercial vehicles. Among other things, he was active on the board of Deutz AG and headed the e-bus manufacturer Solaris. Thelse Godewerth (purchasing) and Otto Preiss (operations) will also remain on the Rolls-Royce Power Systems board. /pa