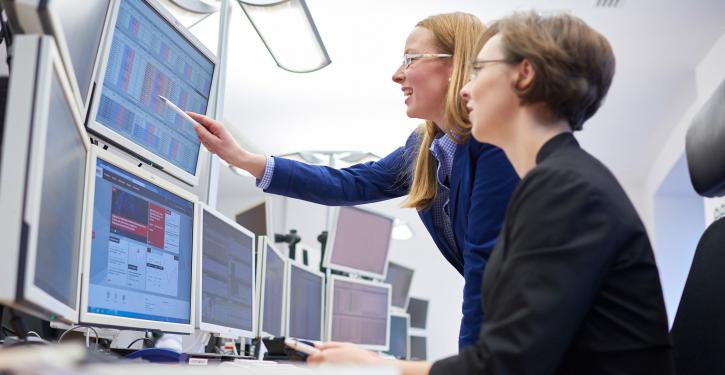 In energy trading, there will soon be a price limit for certain technologies. (Image: EEX)
Berlin/Leipzig (energate) - The Federal Ministry of Economics wants to present a concept for a price cap in the electricity market by the beginning of November, State Secretary Patrick Graichen announced at a congress of the municipal utility association VKU. "We will be working very intensively on a regulatory proposal in the next six weeks," Graichen said. This could then be adopted by the cabinet in November. Graichen stressed that it is not trivial to draft the laws "in such a way that they are good". The federal government wants to use the revenues from the price cap for renewable energies and nuclear power plants on the electricity market to finance cheaper electricity tariffs for households (energate reported). One of the challenges for the suppliers: they have to integrate the discounted basic share, which is supposed to cover about 80 per cent of average electricity consumption, into their IT systems. With regard to the upper limit in the electricity market, the German government will follow the proposal of the EU Commission. Last week, the Commission proposed a value of 180 euros/MWh (energate reported).