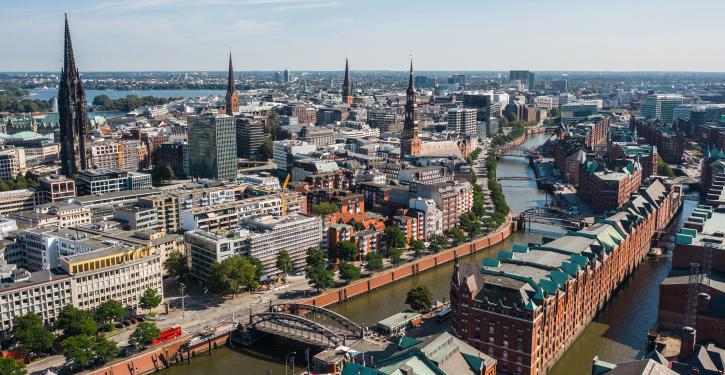 Hamburg leads the ranking, but is losing ground. (Image: EnvatoElements/a_medvedkov)
Berlin/Starnberg (energate) - Hamburg and Munich are the two "smartest" cities in Germany. This is the result of two recently published smart city rankings, one by the consultancy Haselhorst Associates, the other by the digital industry association Bitkom. However, the similarities between the two rankings almost end there. Only Cologne is still far ahead in both rankings: Haselhorst in third place and Bitkom in fourth. And Darmstadt makes it to sixth place in the consultancy's ranking and tenth place in Bitkom's. Otherwise, there is no overlap whatsoever in the first ten places.

Not only the ranking itself, but also the assessment differs. The industry association Bitkom is rather positive: "The Smart City Index shows the progress in the digitalisation of major German cities". Haselhorst, on the other hand, complains: "The overall conclusion of the 2022 study is more than sobering." Still, none of the cities surveyed has managed to achieve more than a 50 per cent degree of digitalisation, it stated. Three quarters of all municipalities even had a result of less than 25 per cent. The only thing the two agree on is that Hamburg, the leader, has lost momentum.


Haselhorst sees digital applications as the key to emission savings. Company founder Arno Haselhorst warned: "If the Smart City theme complex does not soon find its way into cities across the board, the high CO2 emissions will already massively restrict the quality of life of residents in the foreseeable future". However, cities cannot manage the transformation on their own, he continued. They are dependent on the help of their stakeholders, especially the municipal utilities, with whom they must seek solidarity, Haselhorst stressed.


The different results are due to the different research approaches. Both rankings are based on comprehensive but differing sets of criteria. Moreover, Bitkom only examined cities with 100,000 or more inhabitants, Haselhorst cities with 30,000 or more inhabitants. Of these cities between 30,000 and 100,000 inhabitants, two made it into the top 10 (Bad Nauheim and Norderstedt). Haselhorst indicates the degree of digitalisation of the municipalities in per cent, Bitkom works with a point system. Haselhorst nominated Stralsund as the biggest climber in the rest, Bitkom Oldenburg. /sd