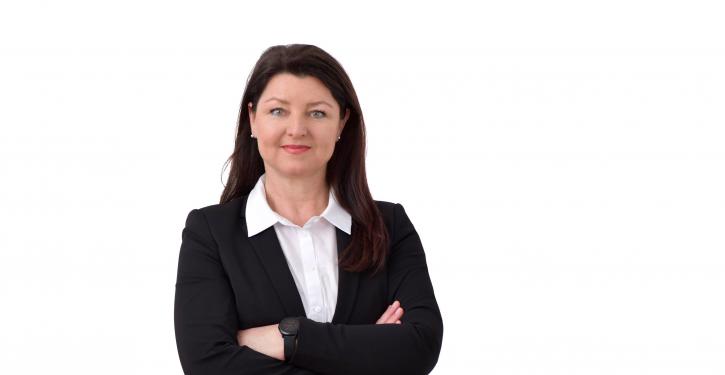 energate: Ms Funk, how satisfied is the raw materials sector with the recently announced relief package for small and medium-sized industries?

Susanne Funk: We cannot be satisfied at all. Whether the announced relief will also come into question for the aggregates companies depends on the concrete design of the relief package and the energy cost reduction programme. Minister Habeck has given some hints here, but overall the measures on the electricity market are clearly not oriented enough towards industrial consumers. Of course, it would make sense if the funds of 5 billion euros actually flowed - if possible without the companies being in danger of having to close down their sites beforehand, because it cannot be a business objective to write high losses with one's eyes wide open.

If it is really about preserving small and medium-sized enterprises, the obstacles to relief that have been set up so far must also fall. This includes trade intensity as a prerequisite for support! After all, it is precisely an energy-saving advantage not to have international transport routes, but to ensure regional supply via short transports. Should this resilience aspect now be penalised with non-production? In addition, it would be important to stop gas-fired power generation and to decouple the price of electricity from the price of gas. Anything that dampens electricity prices helps. This also includes exemption from taxes and levies that burden prices.

energate: What consequences do you fear for your industry if energy prices remain high and how would this affect other sectors of the economy?

Funk: If the development in energy costs continues, total losses are to be expected. For companies in the aggregates industry, the problem is on the cost side, but also on the demand side. If demand collapses at the same time as costs rise, the domino effect runs: production has to be stopped - all the more so because our companies work exclusively on the basis of demand. Our customers are the building materials industry, construction companies and a wide variety of industrial sectors.

Could our companies pass on the immense costs? Of course not! How much should the building material, the bridge or the house cost, for example? I think all the interconnected sectors of the economy are in the same boat here. We will have to row, because the "business model Germany" obviously has engine failure. The more wheels come off the previously well-functioning clockwork, the more value chains are interrupted. A self-reinforcing vicious circle.

energate: What possibilities do you see for the raw materials sector to save gas?

Funk: A good question - and a question back: If we now have an electricity problem in addition to the gas problem, what is the point of switching to an electric digger in the current situation?

But otherwise: Of course, every entrepreneur in our industry tries to counteract waste of any kind. Where it is possible in the operational concept, electric drives are indeed used. But the conditions have to be right. Some companies also generate their own energy and heat in a variety of ways and use it in the company or locally. Some of our companies that extract rock raw materials from quarry lakes have invested in photovoltaic systems on their water surfaces. Many more floating PV projects are planned and could be realised quickly.

Unfortunately, however, a large number of them are simply blocked by the amendments to the "Draft Law on Immediate Measures for Accelerated Expansion of Renewable Energies", which were passed in second and third reading in July 2022. Although a reduction of the distance to the shore from the original 50 to 40 metres was confirmed, Miro had demanded 15 metres based on reliable empirical values. Other of our practice-oriented proposals were also disregarded. If "every kilowatt hour counts", the PV area limit of 15 per cent also raises questions. In any case, the result is that the possibilities for expanding PV on quarry ponds are drastically reduced.

To close the circle: a rock raw material only becomes a defined and standardised product for consumers through the input of power and thus energy. There is no other way. It would be fatal for the national economy if sand, gravel, quartz gravel and natural stone were to fail as the first link in important value chains. So far, Germany has been able to supply itself with these raw materials. This should not be put at risk.

The questions were asked by Mareike Teuffer.