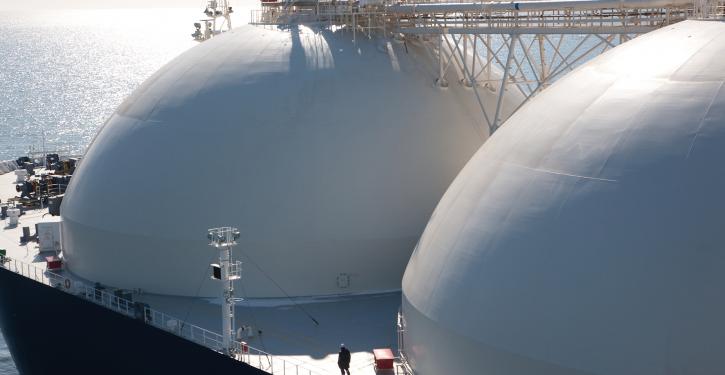 As the LNG tankers cannot call at Lubmin directly, smaller shuttle ships are to take over the gas in the Baltic... (Image: Shell Deutschland)
Lubmin (energate) - On 20 September, construction starts for the floating liquefied natural gas terminal (FSRU) "Deutsche Ostsee" in Lubmin. The work serves to upgrade the port for large ships and build a secured berth at the east quay of the industrial port, Deutsche Regas announced. The company had initiated the privately financed project and chartered an FSRU from the French group Total Energies for it. The LNG terminal will feed up to 4.5 billion cubic metres of gas into the German pipeline network from 1 December 2022. As LNG tankers cannot approach the port directly due to the shallow water depth, a tanker will be placed in the Baltic Sea from where the liquefied natural gas will be transported to the regasification unit in the port by smaller vessels. /tc