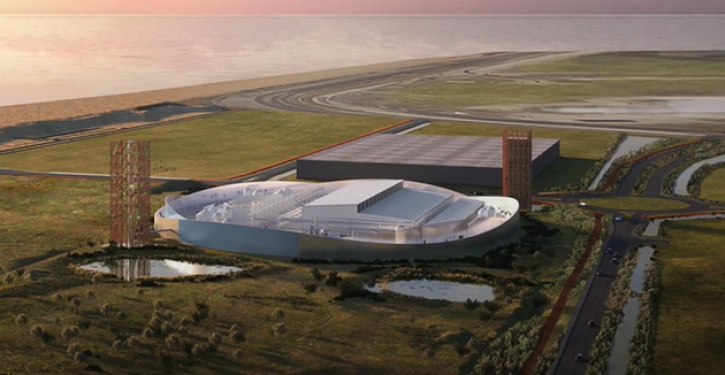 Siemens is becoming an important partner for Shell's large-scale hydrogen project "Holland Hydrogen 1". (Image: Port of Rotterdam)
Zug (energate) - The two companies Siemens and Shell want to work more closely together on hydrogen in the future. The companies have now signed a corresponding letter of intent. The focus will be on projects for the production of green hydrogen for industrial applications at Shell as well as the areas of biofuels and chemical recycling management, Siemens and Shell jointly announced. The recently concluded partnership is also intended to help pave the way for the companies to achieve net-zero operations. Among other things, Shell plans to supply Siemens and its subsidiaries with low-carbon products in the future that will reduce emissions throughout Siemens' supply chain and operations.


Shell and Siemens are already working together on Holland Hydrogen 1


The recently announced construction of Shell's Holland Hydrogen 1 (HH1) project on the Maasvlakte in Rotterdam is expected to play an important role in the two companies' green future plans. With a capacity of 200 MW and 60 tonnes of hydrogen per day, HH1 is expected to be one of the largest green hydrogen production plants in the world and the largest in Europe (energate reported). The Siemens Electrification and Automation Business Unit will not only be involved here as a supplier for power distribution and substation automation, but will also have a maintenance contract for the plant, which is scheduled to go into operation in 2025.


Shell stresses the importance of cooperation, especially in such comprehensive projects. "Working closely with partners is essential to delivering low-carbon energy solutions for the future. Building on our existing relationship with Siemens, I expect this MoU will enable our teams to work even more closely together," said Graham Henley, Senior Vice President Engineering & Project Capability at Shell. The "collaborative and agile way of working" has already shown its first successes, he added. Thanks to close coordination and decision-making on a daily basis, the partner companies were able to almost halve the development time for the power distribution system, from 18 to 9 months. /ml