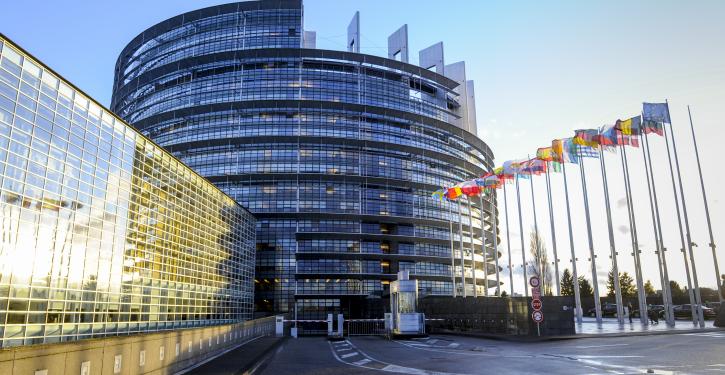 The Renewables Directive, as amended by the EU Parliament, also sets sub-targets for sectors such as transport, buildings and district heating and cooling. In the transport sector, the use of renewable energy should lead to a 16 per cent reduction in greenhouse gas emissions, through a higher share of advanced biofuels and a more ambitious quota for renewable fuels of non-biogenic origin (RNFBO) such as hydrogen. The draft also contains less stringent green power criteria for the production of hydrogen than the EU Commission plans to present in a delegated act to the old directive (RED 2).

The European synthetic fuels association, E-Fuel Alliance, reacted positively . The European hydrogen industry association, Hydrogen Europe, was also pleased. "This is another historic day for the hydrogen sector in Europe and worldwide," said Jorgo Chatzimarkakis, head of Hydrogen Europe. "These binding targets for renewable hydrogen and the creation of a simpler framework are a strong signal from the EU institutions to ensure the expansion of the hydrogen economy and reduce our dependence on fossil fuels," he said. In her State of the European Union address, Commission President Ursula von der Leyen had also announced a European "hydrogen bank" (energate reported).


Biomass continues to be a renewable energy


Wood-processing companies also welcome the decision that wood biomass will continue to be considered a renewable energy source. However, there is a cap on forest wood combustion and the share of primary wood as renewable energy is to gradually decrease. "With today's vote, the European Parliament has once again recognised the important role of primary wood biomass as a renewable energy source and underlined that 'we need wood-based biomass as an energy source if we really want to achieve the energy transition', as rapporteur Markus Pieper (EPP) put it," said Marius Hachenberg, Managing Director Germany at Enviva, a producer of wood pellets. The environmental organisation Deutsche Umwelthilfe (DUH), on the other hand, criticised the position adopted by the EU Parliament, "through which incentives for the climate and environmentally damaging burning of biomass from forests and the use of food in tanks will remain."

Other decisions concern, for example, industry, which is to increase its use of renewable energies by 1.9 percentage points per year, and district heating networks by 2.3 points. Each member state must also develop two cross-border projects to expand green electricity. Member states with an annual electricity consumption of more than 100 TWh must develop a third project by 2030. The EU Parliament also voted for binding energy efficiency targets for individual member states. EU Parliament negotiators and the Czech Council Presidency will now enter negotiations on the draft laws. /rl/ck