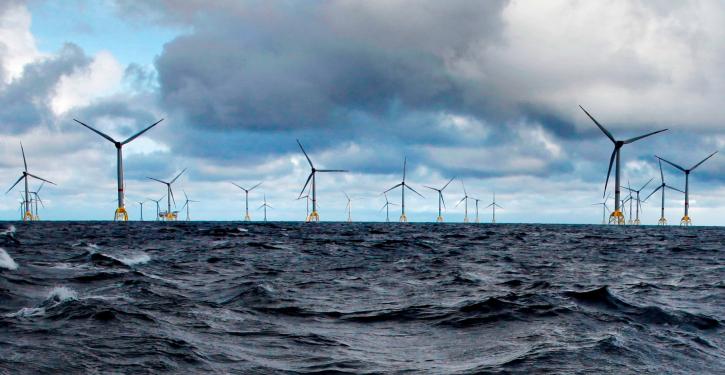 The "Viking" Baltic Sea wind farm has officially been in operation since 2018. (Image: Iberdrola)
Berlin/Zurich (energate) - The Spanish energy group Iberdrola is selling almost half of its shares in the German Baltic Sea wind farm "Wikinger". The buyer is the Swiss investment company Energy Infrastructure Partners (EIP). The Swiss company is taking over 49 per cent of the offshore wind farm for 700 million euros. Iberdrola will continue to operate and maintain the 350 MW wind farm as majority owner after the transaction, Iberdrola said. "According to the agreement, the total value of Wikinger is around 1.425 billion euros. Iberdrola will continue to control and manage this asset," the Spanish company added.

Iberdrola intends to reinvest the proceeds from the partial sale in the development of further renewable projects. In the current year alone, the company says it plans to commission 1,300 MW of offshore wind capacity internationally. In Germany, the group has started construction of the 476 MW  "Baltic Eagle" offshore wind farm in the Baltic Sea. In 2023, construction will begin on the "Windanker" Baltic Sea wind farm, which will have a capacity of 308 MW from 20 wind turbines in the 15 MW class. Currently under construction are offshore projects with a total of 3,000 MW, Iberdrola said.


The group officially commissioned the "Viking" with 70 "Adwen AD5-135" wind turbines in 2018. The group acquired the rights to erect the plant in 2010. The electricity from "Wikinger" will continue to receive a fixed EEG feed-in tariff until 2037. On the occasion of the announcement of the transaction, EIP pointed out that the owners also have the option of selling the electricity on the stock exchange if the fixed remuneration is below the stock exchange prices. "Opportunities to participate in a wind farm of this format with a world-leading company like Iberdrola as an investment partner, while gaining access to one of the most attractive power purchase systems in the world, are very rare," Roland Dörig, co-founder and Managing Partner of EIP, said, classifying the strategic value of the deal from the Swiss perspective. /pa