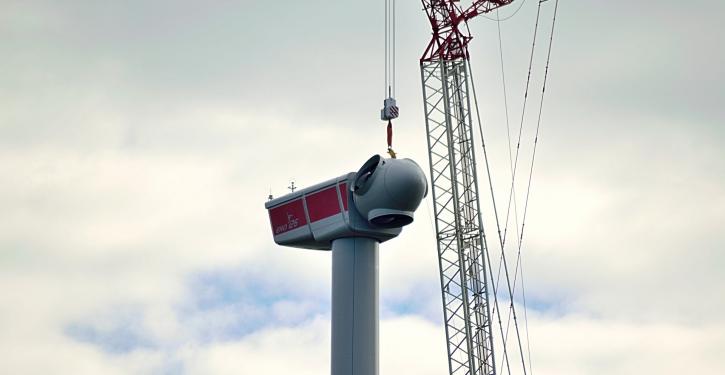 The Federal Environment Agency proposes a recycling concept for rotor blades. (Image: Pixabay/Hans Linde)
Berlin (energate) - The Federal Environment Agency (Umweltbundesamt) is calling for uniform and stricter rules for the dismantling of onshore wind farms. It considers rotor blade waste in particular to be problematic. The Federal Environment Agency states on the basis of a new study that there is a lack of clear guidelines and concepts for disposal and recycling. "In this decade, a waste volume of up to 20,000 tonnes of rotor blade material per year is to be expected; for the 2030s, up to 50,000 tonnes per year are predicted," the authority stated. The background is that in the near future many wind farms will fall out of the EEG subsidy after 20 years of operation. The study presents a recycling concept that is intended to improve disposal flows and reduce pollution during dismantling. Rotor blades are considered particularly difficult to recycle because they are made of composite materials. Other components such as towers or foundations are easier to recycle.


The Federal Environment Agency advocates making wind turbine manufacturers more accountable than before. Probably the most drastic proposal is a take-back obligation for manufacturers and distributors of onshore wind turbines. This is to take effect if it is not possible to establish a disposal infrastructure in time that can cope with the predicted quantities of waste from rotor blades. In addition, manufacturers should be obliged to provide more detailed product information in the market master data register of the Federal Network Agency. The study authors also suggest better monitoring of disposal. They also investigated which causes most frequently lead to wind turbines failing. These are lightning strikes even before strong wind events or storms. /pa