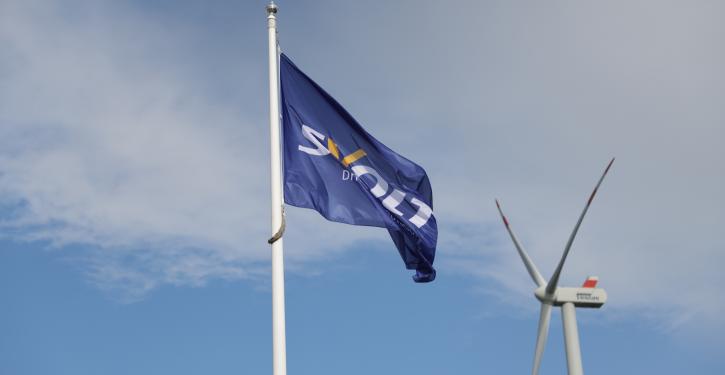 Instead of rotor blades, batteries for electric cars will be produced in Lauchhammer in Brandenburg "in the near future". (Image: Svolt)
Frankfurt a. M. (energate) - The Chinese battery manufacturer Svolt Energy Technology is building another battery cell factory for the German electromobility market in Lauchhammer, Brandenburg. The company has acquired the site and the buildings from Danish wind turbine manufacturer Vestas, which had been producing rotor blades at the site. For the battery cell factory, Svolt wants to continue to use the existing halls "in the best possible way". Svolt's first production facility in Germany has been under construction in Saarland since last year. It is scheduled for completion in 2023 (energate reported). The manufacturer intends to process the battery cells produced in Lauchhammer at the future site in Heusweiler, Saarland, and prepare them for use in electric vehicles. In addition, module and high-voltage storage production will also be located in Saarland in the future.

Svolt emphasised that it had deliberately chosen "Brandenburg as a location for innovation" for its next location project in Germany. In the region around Lauchhammer, as well as in Brandenburg as a whole, an innovative centre for electromobility has emerged in recent years. Many companies along the supply chain and the battery life cycle are located in the region - in the immediate vicinity, for example, is the chemical company BASF, with which Svolt has entered into a partnership for joint work on battery materials and their recycling at the end of 2021. /sd