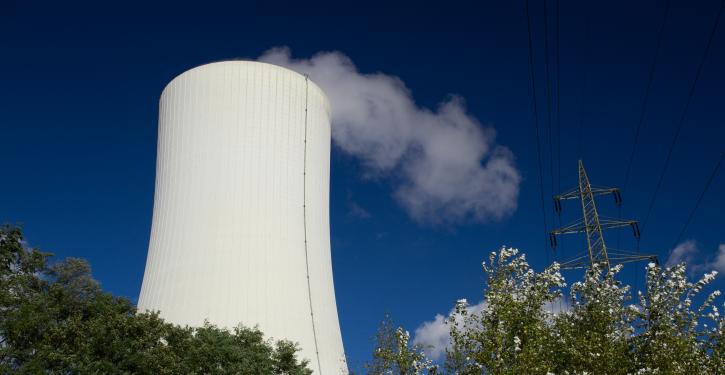 The new unit 6 at the Herne power plant site will secure the heat supply in Herne, Essen and Bottrop in the future. (Image: STEAG GmbH)
Essen/Herne (energate) - The electricity producer Steag has put the new Herne 6 gas-fired power plant into commercial operation. The plant, with a capacity of 600 MW, is to ensure the heat supply in the Ruhr region from the coming heating period and replace older hard coal units at the site. Initially, the new CCGT unit will be used in "extended test operation under operator responsibility" to generate electricity, as Ralf Schiele, Steag Managing Director Market & Technology, explained in an interview with energate. "Technically, we generate electricity and market it when it is needed." The demand for heat is still rather low, he said. Schiele referred to the Herne 4 coal block, whose operation Steag had already extended shortly after Russia's attack on Ukraine because of the gas crisis (energate reported). With this additional option, Schiele was convinced that the company was "best prepared for all conceivable scenarios - including a possible gas shortage".


Commissioning without a ceremony


Herne 6 is a joint project between Steag and power plant supplier Siemens Energy. Originally, the power plant was supposed to go into operation in the summer, but due to the tense situation in the gas market, the project promoters had pushed back the start. In view of the current crisis in the energy market, those responsible for the project decided not to hold an official ceremony to mark the commissioning of the new CCGT power plant. Steag managing director Schiele emphasised that the highly efficient power plant unit 6 with an efficiency of more than 85 per cent helps to save natural gas by pushing older plants out of the market.

Due to the "current extraordinary energy industry conditions", Schiele found it difficult to make a forecast on the expected operating times of Herne 6. In any case, part of the power plant capacity has already been marketed in the medium and long term, "the remaining capacity is currently also in high demand because an unexpected electricity gap opened up this summer", the Steag managing director said. Like all the other power plants, Herne 6 does not have a good competitive position in the electricity market thanks to the high gas prices. However, the gas volumes for the firmly marketed power plant slices of Herne 6 have been purchased and contracted for the long term, Schiele explained. The operator procures the further requirements for the remaining capacities to be freely marketed on the market. "In this respect, this also determines with which capacity and to what extent the plant will be on the market in the future," the Steag boss looked ahead. /rb