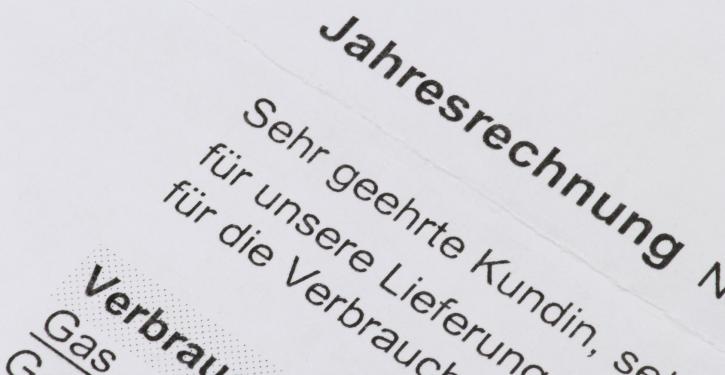 On 1 November, the utility company will pass on to its customers the two newly introduced gas surcharges (for procurement and storage) as well as the increased balancing surcharge. In total, additional costs of 3.048 cents/kWh net (+3.63 cents/kWh gross). Customers are now being informed by letter. As soon as the VAT legislation has been passed, Mitgas will pass on the relief. The reduction, which is limited until 31 March 2024, will then take place automatically, without notice, the company said. Mitgas appeals to its customers to approach the supplier as early as possible if they have problems paying their bill. "In case of payment difficulties, we'll try to look for individual solutions in the interest of our customers, to offer relief," said Auerbach. These include individual instalment dates, instalment payments and deferrals.


Mitgas will be just one of many suppliers to pass on the gas levies on 1 November. Since the law stipulates a six-week notice period for price increases, only a few had managed to pass them on by the deadline of 1 October - among them Mannheim-based MVV Energie, N-Ergie from Nuremberg, and Montana (Munich-Grünwald). On 15 August, the responsible market area manager THE announced its calculations of 2.419 cents/kWh for the gas procurement levy, which benefits selected gas importers for their expensive replacement procurement. This was followed three days later by the balancing levy and the gas storage levy, the funds of which THE uses to pay for the state-mandated gas storage filling and the purchase of expensive balancing energy. This left the suppliers only one day to inform their customers (deadline 19 August) in order to be able to roll out the levies for the start on 1 October.

Actually, the federal government had wanted to waive the VAT on the gas procurement levy. After the EU Commission had said no, Berlin chose the path of reducing the VAT from 19 to seven per cent on natural gas consumption. According to initial calculations, this could cost the federal and state governments up to 11 billion euros.


Gas levy could be adjusted again


After harsh criticism of the gas procurement levy due to the fact that even solvent companies are allowed to apply for it, there might be changes. From government circles it is said that the circle of users is to be restricted and that rules for district heating and fixed-price contracts are to be stipulated. This means that their level is likely to change again by 1 January 2023 at the latest (energate reported). /mt