Supporting the grids with e-cars 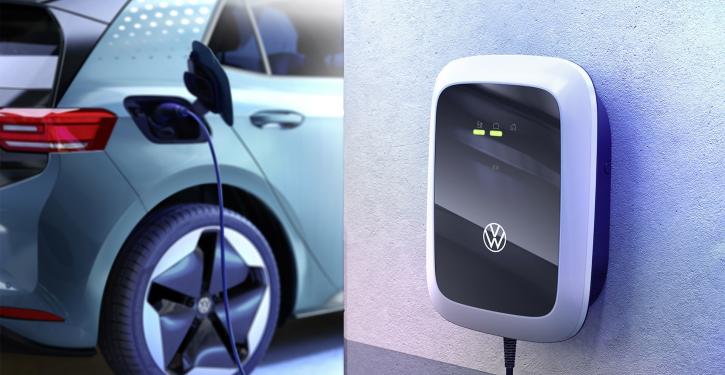 Politicians have understood how important smart charging is, is the opinion of Elli CEO Temme. (Image: Volkswagen AG)
Berlin (energate) - The energy transition has a problem - too much green electricity is being lost. The solution is virtually on the street: electric cars that charge smartly. However, Elke Temme, CEO Elli and Head of "Charging & Energy" at Volkswagen, explains in an interview with energate magazine e|m|w that a number of things still need to happen on the regulatory side. "We have to link the energy transition with the mobility transition." Temme is convinced that electric mobility plays a decisive role in this.

Incentivising charging when the sun is shining or the wind is blowing would not only bring in additional revenue and relieve the electricity grid, but also increase the share of renewables in the electricity mix. According to Elli CEO Temme, the potential of e-cars is huge: According to her, six billion kWh of green energy are switched off in this country every year because the grids cannot absorb it and no storage options are available. "This could power over 1.5 million e-vehicles for a year," Temme clarified.


Another effect: falling grid expansion costs. These would decrease "significantly" if charging could be controlled. To achieve this, however, a number of hurdles would first have to be cleared, for example, the e-car would have to be put on an equal legal footing with stationary storage systems. It also needs to be clarified who the end consumer is: the charging station or the e-car. Temme considers the levies and charges that are still due for storage and retrieval to be counterproductive: "This prevents the business case." Even though legislators have often postponed important decisions in the past, for example on Section 14a EnWG, the Elli CEO is optimistic. Politicians have understood how important smart charging is, she stated. "From my point of view, the glass is rather half full than half empty." /dz

Read the entire interview with Elke Temme in the e|m|w special issue "Abgefahren - Elektromobilität", which will be published on 9 September.